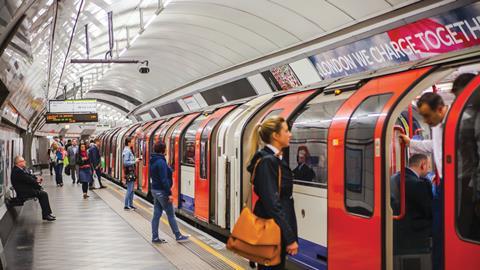 A new judgment broadens the principle of bringing cases on the basis of matching DNA alone.

A basic understanding of the potential strengths and weaknesses of DNA evidence is an essential skill for any criminal practitioner, and much effort is being put into providing information to make an otherwise daunting topic accessible to the non-expert.

Yet despite this increased awareness, a common misconception about the status of DNA evidence remains. Is it not the case that whatever the complexities surrounding it, at least the courts will be looking to other supporting evidence before allowing a conviction? Surely a simple DNA match alone will not do?

That assumption was badly dented in 2015 by the Court of Appeal in R v FNC, where the lord chief justice ruled that there was a case to answer, even in the absence of any other supporting evidence – where DNA was directly deposited in the course of the commission of a crime, and a very high DNA match with the defendant was found (in that case one in a billion).

That case involved an indecent assault by a then unknown male in 2003. A woman travelling on the London underground felt a man bumping into her from behind. She tried to move away but the man moved with her. She then felt a warm sensation through her trousers. By the time she had worked out what had happened, the man had left the train. Realising she had been the victim of an indecent assault, she was later persuaded to take her trousers to the police, who found a semen stain from which a DNA profile was obtained. That profile did not match anyone known to the police. Nearly 11 years later a man was arrested for an unrelated offence and a DNA profile was taken. His profile matched that in the semen stain.

So there, a case based solely on a strong DNA profile directly connected to the crime found a case to answer.

The court however sounded a further warning, questioning the correctness of a line of previous Court of Appeal authorities where DNA profiles found on articles left at the scene of a crime – as opposed to where DNA was directly deposited in the course of the commission of an offence – had been held to be insufficient to establish a case to answer without other potentially incriminating evidence. It was important, the court said in FNC, to note that the analysis and techniques of DNA analysis had ‘improved markedly’ over the last decade.

That warning was put into effect last month by the Court of Appeal in R v Tsekiri. In June 2016 a woman was attacked in her car in south-west London. A man opened the driver’s door and a struggle ensued, during the course of which a gold necklace was snatched from around her neck. The door handle was later swabbed for DNA and an analyst reported that it was a mixed profile containing a prominent major contributor and at least one minor contributor. The analyst was unable to say what the source of the profile was (whether from blood or saliva and so on).

However, the major profile matched the defendant, with a match probability of one in a billion. That profile could have got on to the handle through direct or secondary (innocent) transfer, although the latter was considered the less likely scenario. The defendant was arrested. The victim was unable to positively identify him, and there followed a no-comment police interview. At trial, a defence half-time submission of ‘no case to answer’ was rejected, the defendant did not give evidence and in due course the jury convicted.

Dismissing the appeal, Lord Thomas revisited his judgment in FNC. The court was satisfied that the DNA evidence was the only evidence to connect the defendant to the robbery. It also proceeded on the basis that the car was something ‘left at the scene’. It went on to hold that where an article was left at the scene of a crime, it can, depending on the particular facts of the case, found a case to answer if the match probability is ‘in the order of one in a billion’.

Relevant factors identified by the court that should be taken into account when deciding the question of whether there was in fact a case to answer included: (i) whether the defendant had provided a plausible explanation for the finding of the profile; (ii) whether the article was associated with the crime itself; (iii) how readily moveable the item was; (iv) whether there was a geographical association between the offence and the offender; (v) in a mixed profile, whether the offender matched to the major profile; and (vi) whether primary or secondary (innocent) transfer was the more likely. The crux of the decision was that there was no legal or evidential principle preventing a case solely dependent on the presence of the defendant’s DNA profile on an article left at the scene of a crime being considered by a jury.

So a matching DNA profile either directly connected to the crime or just on an object found at the scene can be enough to convict. That can apply even where the profile is in a low-level mixture (as appears to have been the case in Tsekiri). Given the increasing sophistication of analysis of complex mixed profiles, now routinely involving computer modelling, practitioners will need to be alert to the dangers that lie ahead.

Prosecutors may feel emboldened by the approach taken by the Court of Appeal. Those who advise and defend will need to ensure that they are properly equipped to robustly question and challenge DNA profiles relied on in such cases.