The decision in Faulkner v Vollin Holdings Ltd [2021] EWHC (Ch) 787 offers guidance as to the requirements of a duty of good faith owed between shareholders and suggests that fulfilment of such a duty might be measured by reference to more objective criteria. Reliance on breaches of duties of ‘good faith’ in claims pursuant to section 994 of the Companies Act 2006 for relief from unfairly prejudicial conduct of the affairs of a company looks set to rise. 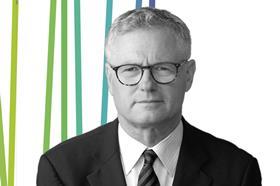 Emergence of a duty of good faith

Historically, the courts of England and Wales were not prepared to imply a duty of ‘good faith’ between contracting parties. So, in the absence of an express contractual provision, a contracting party did not owe such a duty.

In 2013, Leggatt J (now Lord Leggatt of the Supreme Court) challenged that orthodox view with his decision in Yam Seng Pte Ltd v International Trade Corp Ltd [2013] EWHC 111. He held that where the relevant contract was ‘relational’ in character the court might be prepared to imply a duty of ‘good faith’ between the parties. In broad terms, one rationale for that implication seems to be the fact that trust and confidence are key to such long lasting relationships.

A shareholders’ agreement is, perhaps, a paradigm example of a ‘relational’ contract and the courts have shown themselves to be willing to imply a term requiring the parties to act in ‘good faith’ towards one another. Indeed, the courts have been prepared to imply a duty of ‘good faith’ in appropriate circumstances even where a written shareholders’ agreement was professionally prepared but did not contain such a duty and even if it contained an entire agreement clause.

Where a duty of ‘good faith’ is either expressly included or implied into a shareholders’ agreement, a breach of that duty may involve unfairly prejudicial conduct of the relevant company’s affairs contrary to the interests of the other shareholders. A victim is likely to be afforded relief from the consequences of that unfairly prejudicial conduct pursuant to section 994 of the Companies Act 2006.

Fulfilment of a duty of ‘good faith’

However, in Re Coroin Ltd [2013] EWCA Civ 781, a case concerning an expressed contractual duty of ‘good faith’ in a shareholders’ agreement, the Court of Appeal indicated that the duty of ‘good faith’ involved an obligation to act ‘honestly’ in a subjective sense. That was the natural meaning of the clause in the context of that case. The court seemed to be of the view that a lack of ‘good faith’ required conscious ‘bad faith’. Negligence or oversight was not sufficient.

Two recent cases have suggested a more objective test of ‘good faith’. In these cases the courts of first instance seem to have been able to distinguish Re Coroin Ltd.

In Unwin v Bond [2020] EWHC 1768 (Comm) it was accepted that, in dismissing the petitioner from his employment, the respondent had not been improperly motivated by a desire to obtain the petitioner’s shareholding cheaply pursuant to ‘bad leaver’ provisions, but with a genuine view to preserving the business of the company. The court recognised that the content of a contractual duty of ‘good faith’ depended on the context in which it was owed and was made up of a number of potentially overlapping elements. Most significantly, those elements were held to include a requirement to act fairly and openly taking into account the other shareholders’ interests as well as their own.

In Faulkner the court seems to have gone further still. A director appointed by the minority shareholder was removed from office by the majority shareholder. That removal was clearly effective. Nevertheless, it was held to have involved a breach of an expressed contractual duty of ‘good faith’ imposed by the terms of the shareholders’ agreement. The judge determined that the duty of ‘good faith’ required the shareholder to act with fidelity to the bargain regarding the balance of power within the company and required the shareholders to consider and act in accordance with all relevant factors and in a procedurally compliant manner. Those latter requirements seem more to accord with the objective standards one might expect of public bodies in an administrative law context and to go well beyond a subjective assessment of compliance.

Faulkner is subject to appeal. Hopefully further clarification will be forthcoming. In the meantime, it seems clear that allegations of breaches of an expressed or implied duty of ‘good faith’ are likely to be increasingly relied upon as a basis for claims for relief from unfairly prejudicial conduct of the affairs of companies pursuant to section 994 of the Companies Act 2006.

Andrew Marsden is a barrister at Commercial Chambers, Bristol