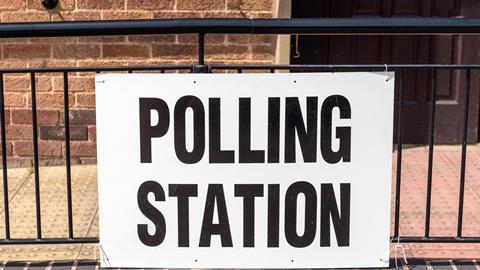 Immigration: what to expect from the main parties

On 18 April 2017, despite previous assertions to the contrary, Theresa May called an early general election for 8 June. The unexpected move was intended to bolster the prime minister’s support in parliament as she leads the UK into Brexit negotiations. The decision also left opposition parties little more than seven weeks to attempt to mount successful campaigns.

Although official election manifestos will not contain a level of detail likely to satisfy practitioners, it is possible to piece together a general framework of parties’ positions on immigration and Brexit. This article looks at the established and likely policies of the Conservatives, Labour, Liberal Democrats, UKIP and the SNP.

Of the five parties discussed here, the Conservatives have revealed the most about their anticipated Brexit strategy. That, however, remains a remarkably low bar, as May has excelled at exuding resolute confidence, while simultaneously failing to reveal nearly any detail of her approach.

Earlier this year, the government issued a 12-point plan and white paper outlining its Brexit negotiation objectives. Though few specifics could be divined from either, it is clear that May favours a ‘hard Brexit’, which would involve, among other things, leaving the single market and abandoning free movement of people. Additionally, with regard to immigration, the government proposed the following.

Finally, the government suggested that it would attempt to negotiate transitional measures so as to avoid abrupt changes that could harm individuals or businesses. Therefore, it is possible, if not probable, that current immigration rules and levels could continue for at least several more years.

In the 2015 election campaign, former Labour leader Ed Miliband issued a public mea culpa for the previous Labour governments’ relaxed immigration policy. In the subsequent Brexit referendum, while Labour voters favoured ‘remain’ roughly 65% to 35%, a majority (around 70%) of Labour-held constituencies voted for ‘leave’. This discrepancy is due to the fact that an individual vote tally decided the referendum’s outcome rather than party-based constituency majorities, or a simple MP vote count. However, when it comes to a general election, where the seats in the Labour-held constituencies that voted leave are on the ballot, it is entirely possible that Brexit could be a single-issue voter concern. As such, Labour is faced with a clear conundrum on how to shape its policy: either remain loyal to its base, or focus on preserving seats in the Commons. 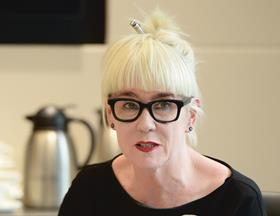 Sir Keir Starmer, Labour’s shadow secretary of state for exiting the EU, recently delivered a speech steering the party away from immigration as the primary issue for its Brexit policy, focusing instead on the economy. In his speech, Starmer acknowledged that the UK would either need to renegotiate membership to the single market and customs union, or come up with an individualised trading agreement. He also expressed the party’s desire to reform the free movement of people. Importantly, a Labour government would immediately secure the rights of EU nationals living in the UK (with the clear hope and assumption that the same would eventually be offered for Britons residing in the EU).

Finally, Labour would offer parliament the opportunity to review and, if necessary, veto a draft Brexit deal in late 2018. In theory, this would provide the current prime minister enough time to return to the negotiating table and work on a revised agreement with the EU.

The Lib Dems maintain that Britain would enjoy more economic success were it to remain in the EU. While respecting the referendum vote, the party will likely campaign to retain as many present EU membership rights as possible and to offer the British people a vote on the final deal struck between the UK and the EU – in essence, a second referendum. This, as former party leader and current EU spokesman Nick Clegg explained in a recent speech, would allow Britons to decide whether they ultimately wish to stay or remain in the EU based on the outcome of negotiations.

Regardless of the results of the upcoming election, the Lib Dems also believe that the UK should remain in the single market. This, of course, would require the UK to retain the freedom of movement between itself and EU member states. Indeed, noted Clegg in his speech, certain sectors of the economy rely heavily on EU nationals to staff positions such as the food and drink industry, where around 29% of the workforce comes from member states.

The most vehemently anti-EU and anti-immigration of the major UK parties, UKIP received 12.6% of votes in the 2015 election, though only managed to secure one seat in parliament. Today, UKIP is struggling organisationally and appears to be losing support.

As to its Brexit and immigration policies, UKIP wants a hard Brexit, which would necessarily mean leaving the single market and abandoning the free movement of people. In its 2017 local government manifesto, the party suggested that it would introduce a needs-based policy for all immigrants, both from within and outside of the EU, modelled on the Australian points-based system.

More recently, party leader Paul Nuttall stated that UKIP would work toward a zero net migration policy of ‘one in, one out’.

Scotland voted 62% to 38% in favour of remaining in the EU. The SNP, which campaigned for remain during the referendum, supports the UK’s continued membership of the EU. Short of full membership, the SNP would support the UK remaining in the single market and customs union.

In reaction to the apparent path to a hard Brexit and government’s refusal to devolve immigration powers regionally, first minister Nicola Sturgeon, leader of the SNP, suggested holding a new referendum on independence. This could allow Scotland to remain in, or independently join the EU.  However, barring a special exception, it would also demand that a hard border between Scotland and England be established.

In the short-term, though holding an election in June may consolidate Conservative power and give Theresa May the support she seeks for EU-UK negotiations, in the long-term, it is not unreasonable to think that a hard Brexit could further alienate Scots and result in a successful bid for independence, thus breaking up the UK.