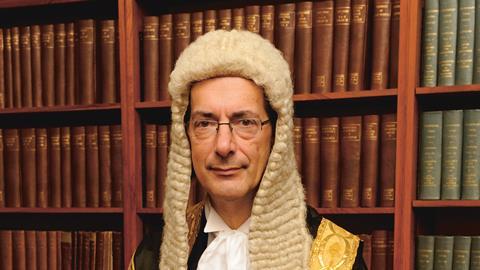 The Defamation Act 2013 in some respects reformed the English law on defamation. Here are example cases in which it has been applied since last January.

The Defamation Act 2013 has been in force for over a year, since 1 January 2014. The act codified and in some respects reformed the English law of defamation – that is, libel and slander. Libel being applicable to publications in permanent form including in newspapers, on TV and radio, in books and on the internet; and slander being concerned with the spoken word, conduct and other non-permanent expression.

The previous Defamation Act of 1996 introduced an ‘offer of amends’ procedure, reduced relevant limitation periods to one year and provided a ‘summary disposal’ regime. Before that, there had not been any primary legislation in this area since the Defamation Act of 1952.

The lobbying and legislative history of the act can probably be traced back to 2008, when the State of New York passed the Libel Terrorism Protection Act. This was a forerunner to the Securing the Protection of our Enduring and Established Constitutional Heritage Act 2010 – the US SPEECH Act. The US legislation arose principally out of what had been termed ‘libel tourism’ – the ability of foreign claimants to sue foreign (particularly US) defendants in England for libel, over modest distributions of print or internet defamation.

This US backlash was picked up by UK freedom of speech campaigners. At the same time there was a Culture, Media and Sports Committee report into press standards, privacy and libel. The three main parties each committed to libel reform in their manifestos for the 2010 general election.

Shortly after the election, Lord Lester introduced a private member’s bill in the House of Lords. This was the precursor to the coalition government’s Defamation Bill that was put out to consultation and pre-legislative scrutiny at the beginning of 2011, including to a Joint Parliamentary Committee. What we have now, in the form of the 2013 act, is the result of that process.

The act applies to publications made from 1 January 2014. It has codified (and relabelled) the substantive defences of justification, fair comment on a matter of public interest and Reynolds journalistic reporting privilege: as truth, honest opinion and publication on matter of public interest. It has also introduced a ‘single publication rule’, so that the one-year limitation period for bringing a claim runs from first publication, and no longer renews itself subsequently each time the words complained of are published (for example, each time they are accessed on a website).

Section 9 is the nod to ‘libel tourism’, denying the jurisdiction of our courts for any claim against a non-EU member state/Lugano Convention defendant unless of all the places in which the overseas defendant published its defamation, England and Wales is ‘clearly the most appropriate place’ to bring an action. That is rarely likely to be the case; for example, where a US publisher has provided its copy here but only as an adjunct to its main publishing reach in the US.

The early consideration of the act by the courts has predominantly featured the new actionability threshold of section 1 – the requirement of serious harm – which emphasises that defamation law is about protecting serious harm to reputation, but is not available to regulate bad manners or discourtesy, or to protect or compensate unduly sensitive claimants.

How, in practice, a claimant is to establish the first aspect of section 1 (‘has caused’) is not specified by the act, but on one view the question may require proof by evidence in every case. On the other hand, a court may be invited to infer serious harm to the reputation of the claimant from the nature of what has been said about him or her (or it). Indeed, in Cooke v MGN [2014] EWHC 2831 (QB) Bean J (as he then was) (pictured) contemplated such an inference, if for example there was a false accusation of being a terrorist or a paedophile made in a national newspaper.

The second limb of section 1 raises a notion of likelihood, where, if the publication of a statement has not caused serious harm, it will nevertheless be defamatory if it is ‘likely’ to do so. Again in Cooke, Bean J considered that ‘likely’ in this context means more probably than not that serious harm will occur in the future. As to what the ‘future’ or ‘past’ is, for the purpose of deciding whether a statement ‘has caused’ (in the past) or is ‘likely to cause’ (in the future) serious harm, Bean J considered that the relevant point in time is the date upon which the claim is issued.

That is notwithstanding that by taking that date, or indeed the date of trial, there is the ‘curious effect’ (as the judge acknowledged) that whether a statement is held to be defamatory on the day it was published might depend retrospectively on the timing of the issue of proceedings, or the timing of the trial.

Perhaps the more natural time to consider any relevant harmful consequences of a published statement is the time at which it was published, or in other words the time at which the standing of the claimant in the eyes of any relevant reader (to whom it was published) came to be affected adversely. That would be in keeping with the principle that in most defamation cases the cause of action arises when the words complained of are published.

However, Bean J explicitly rejected this conclusion on the basis that at the moment of publication no harm ‘has been caused’.

The act does not specify whether the required ‘serious financial loss’ concerning a body that trades for profit must necessarily be in the form of a claim for actual financial losses (special damages) that have arisen from the publication under consideration, or can be established in the absence of actual loss by, for example, a trading company demonstrating a reduction in the value of the goodwill in its business arising from a damaging statement published about it.

At the stage of issuing proceedings and pleading its case, it may be the case in practice that a company will need to do no more than aver that a harmful statement published about it has damaged its trading reputation, with the result that it has suffered, or is likely to suffer in the future, serious financial loss in the form of a downturn in business. In Cartus v Siddell [2014] EWHC 2266 (QB), Nicol J did however see section 1 as giving rise to a pleading requirement on the part of any claimant that is a body that trades for profit.

More recently and more generally, in Ames v The Spamhaus Project Ltd [2015] EWHC 127(QB), Warby J has added his view that claims should now be pleaded in terms reflecting the wording of section 1, making clear which limb or limbs are relied on, and setting out any facts relied on in support of an allegation of actual or likely serious harm to reputation.

That there has been a series of cases concerned with section 1 perhaps reflects a number of factors coming together. First, a degree of unhappiness in the drafting of the section, as the result of the parliamentary debates and amendments. Second, that defendant advisers have identified section 1, rightly or wrongly, as a potential elephant trap for claimants.

And third, trepidation on the part of claimants, especially if the advice being received is that in order to sue for libel under the new act, a claimant now has to prove actual financial loss as an essential requirement of the cause of action.

While it would be unduly optimistic to say that the act makes matters any easier from this point of view for a claimant, it would be more wrong to advise that parliament’s intention to ‘raise the bar’ for bringing defamation claims now makes the proof of actual financial loss invariably necessary. Rather, what is required is an ability by a claimant to point to at least a likelihood of serious harm to his, her or its reputation.

But if a genuine case to that effect exists because serious harm to reputation, or its likelihood, has in some way been the experience of the claimant as the subject of defamatory allegations, then section 1 is no bar to a properly founded claim going forward.

As before the act came into force, such a claim does not necessarily require the proof of any actual financial loss arising from the defamatory statement, in order to involve substantial compensatory general damages for the benefit of the claimant.