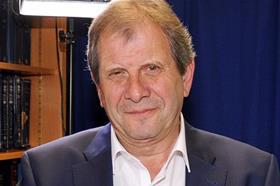 Metliss, who was a founding partner of City law firm S.J. Berwin in 1982, specialises in corporate finance with an emphasis on takeovers, acquisitions, financings, flotations and joint ventures, with particular expertise in the real estate, retail and leisure and technology sectors.

He is currently a consultant to First Regional Accounting, a business combining small accountancy firms.

Metliss is a Governor of The Technion in Haifa, Israel’s Institute of Technology, and Chairman of Action Against Discrimination, a charity he established to combat racism in sport – in particular, football.

He is also currently a member of the defence committee of The Board of Deputies of British Jews.

Metliss commented: 'I am delighted to have joined Axiom Stone as chairman. This is a very lively, energetic and ambitious law firm with much potential. I am extremely enthusiastic about my role and the company’s future.'