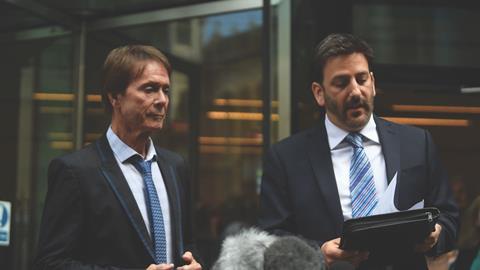 After Sir Cliff: Open justice is now under siege

Mr Justice Mann’s ruling against the BBC is the latest in a series of body blows to transparency and could place significant restrictions on the freedom of the media to report on criminal cases.

Mr Justice Mann’s finding for Sir Cliff Richard OBE in his privacy case against the BBC could have serious implications for open justice. As expected, the judge lambasted the BBC’s sensational approach to covering the police raid on the singer’s home. But even a Reithian approach to the story – ‘a measured reading of the relevant facts by a presenter in the studio’ – would have been ‘a serious infringement’, the judgment noted.

Mann conceded that ‘the case is capable of having a significant impact on press reporting’, but stressed that was due to the Human Rights Act rather than to any judge-made law.

Prominent commenters disagreed. Media regulation specialist Nicola Cain, a partner at City firm RPC, warned that the media will now have to ‘walk on eggshells’ when reporting police investigations. The judge’s decision goes against several previous decisions which recognised the importance to the media of identifying individuals, she noted.

It is also a further sign that the right to privacy is beginning to trump other rights in the justice system. It follows a little-noticed announcement by the Court of Justice of the EU that official publications would no longer identify individuals involved in requests for preliminary rulings. Citing the new General Data Protection Regulation (despite the regulation’s derogation for legal claims as well as ‘important reasons of public interest’), the court noted ‘the tendency, seen within the member states, to increase protection for personal data’.

If this trend continues, more than the mere principle of open justice could be at stake. In a hard-hitting report published earlier this month, campaign group Corruption Watch warned that secrecy in economic crime cases reaching UK courts is threatening the deterrent effect of bribery laws, as well as the credibility of enforcers. The report, Veil of Secrecy, says the proportion of complex economic crime proceedings affected by section 4(2) orders – which allow temporary bans on reporting where necessary to avoid prejudice – appears higher than for other types of criminal case. Four out of the six foreign bribery trials to come to court in the past two years have been subject to reporting restrictions. In the vast majority of cases, applications for restrictions go unopposed by the media – partly because the press are not being given advance notice of applications.

Corruption Watch advises that the Ministry of Justice implement online systems for the press (and other parties with a legitimate interest) to be notified of reporting restriction applications, as well as the grounds on which such applications are being sought.

Meanwhile unexplained wealth orders (UWOs), which came into effect in January, present a new challenge to open justice. The privacy safeguards around the orders ‘accord a level of privacy to UWO proceedings which is not matched by other invasive investigative procedures’, the report says. It recommends that the Civil Procedure Rules and Practice Directions be amended to ensure that, aside from without-notice hearings, UWO proceedings should be in public by default.

The report also highlights two long-running obstacles to the reporting of court cases by the media: the lack of adequate court lists and the cost of obtaining court documents. In the past year, two major corruption trials and an internationally significant judicial review have not been covered contemporaneously by the press due to poor court lists. Journalists interviewed for the report complained that they regularly miss hearings because lists are not provided publicly far enough in advance.

Corruption Watch recommends that the current privatised distribution system should be abolished, and court lists should be made available free of charge on a government-run website. The lack of public access to court documents is also a serious barrier. A Crown court transcript of a three-week trial could cost upwards of £20,000, the report notes.

A roundtable to launch the report revealed that HMCTS was working towards a government website for court listings and for live reporting restrictions – though not necessarily for applications.

The problem, according to Rahul Rose, author of the report, is that the government is committed only to preserving the current level of open justice – and that is woefully inadequate.