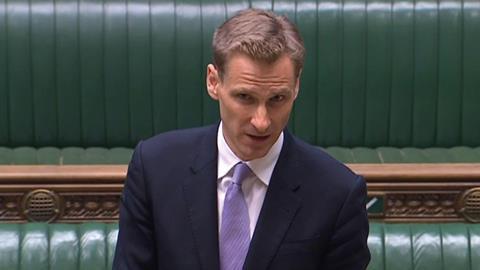 News focus: Are we putting court users in harm’s way?

As HMCTS came under fire last week for insisting that it’s ‘business as usual’ in Covid-hit courts, practitioner groups and trade unions have called for an urgent review of safety

The ‘business as usual’ attitude of HM Courts & Tribunals Service was coming under increasing pressure as the Gazette went to press, as fears emerged that criminal courts in particular could be breeding grounds for the new, more transmissible variant of the coronavirus.

Figures obtained by the Labour party through a parliamentary question revealed that nearly 600 cases of Covid-19 were confirmed among court users between 24 November and 11 January.

Justice minister Chris Philp declared in the Commons that the courts are safe. Many lawyers disagree. Practitioner bodies and trade unions threatened to take ‘political, legal and industrial’ action unless HMCTS steps up safety measures.

One of the firm’s criminal defence solicitors, Rebecca Smart, tested positive for Covid-19 after seeing a client at Highbury Magistrates’ Court earlier this month. (On 11 January, the Ministry of Justice confirmed that four members of court staff had tested positive in the previous 14 days.)

The MoJ faces the complementary headache of bringing down the courts backlog, which chief inspectors for probation, constabulary, prisons and the Crown Prosecution Service warned poses the ‘greatest threat’ to criminal justice in a report published last week.

Richard Miller, head of justice at the Law Society, told the Commons justice select committee this month that the understandable pressure to clear the backlog ‘may be leading to people prioritising that over taking on the chin the fact that there are problems with the new variant that need to be addressed, and that may lead to a further slowdown in throughput right now, in the short term’.

The Society called for a two-week pause on all Crown court and magistrates’ court non-custody work to enable stakeholders in the court process to assure themselves of the safety of attendance and to discuss local measures to ensure safety.

Practitioner groups and trade unions issued a joint statement calling for an immediate Covid safety review of the courts. They also want lateral flow testing to be introduced at every court and for every prisoner brought to court, to ensure all court users test negative for the virus before they enter the building.

The statement said: ‘Despite HMCTS continuing to give assurances that they are implementing all available measures, the evidence and repeated concerns raised demonstrate that these measures are inadequate. The recurrent claims that courts and tribunals are safe and Covid-secure bear no resemblance to the reality of the conditions in most buildings across the estate.

‘Our calls for safety for all court users are realistic and achievable and must be met as a matter of strict urgency. We expect HMCTS to rectify the current situation by taking the appropriate actions necessary to ensure the safety of all who attend court. Failure to do so will result in potential political, legal and industrial responses from some of the signatory organisations of this statement.’

Responding, the MoJ said every building it operates meets the government’s Covid-secure guidelines. ‘Positive test numbers are consistent with the wider community and it’s likely that the vast majority contracted the virus outside courts. It is simply untrue to suggest people are at an elevated risk of infection when at a court or tribunal,’ a spokesperson said.

Asked about court safety last week, Kevin McGinty, chief inspector of the CPS, told the justice committee: ‘The court service have been saying to date that courts are Covid-safe… I think there is a variety, different courts, some seem to be safer than others. The precautions they managed to put in place can vary according to the court. All I can say is, I would not wish to be in a court at this time.’

Describing McGinty’s comments as ‘inaccurate’, Philp told the Commons: ‘The proper authorities for determining the safety of our courts system are Public Health England and Public Health Wales, not the inspector of the CPS, and they, having looked at the measures we are taking, have found them to be appropriate and found that our courts are Covid-safe. The proof of that pudding is in the eating.’

As the Gazette went to press, there was every sign that the minister could soon be eating humble pie.