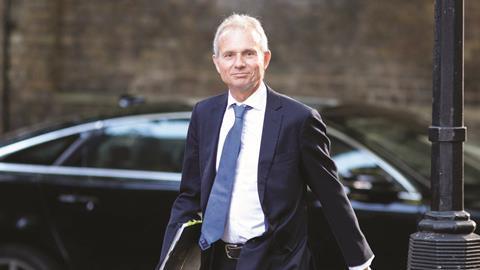 News focus: Bach to square one?

Labour has handed David Lidington an early Christmas present. While the lord chancellor is under pressure to review the impact of the Legal Aid, Sentencing and Punishment of Offenders Act 2012, the opposition has pretty much done the job for him.

The Bach Commission on Access to Justice, chaired by Labour peer Lord Bach (the barrister Willy Bach), was set up to develop ‘realistic but radical’ proposals with cross-party appeal to re-establish the right to justice as a fundamental entitlement. Its final report was published on Friday and is being discussed at the party conference in Brighton on Monday.

A copy of the report has been sent to the justice secretary. But there is a big problem with putting the proposals into action: they require the government to spend money.

The commission makes a strong argument for how increased spending, particularly on early legal advice, will provide long-term benefits. But Lidington’s reminder to MPs earlier this month that last year’s £1.6bn legal aid spend amounted to a quarter of his department’s expenditure suggests he will be reluctant to dole out the extra cash. Do not forget that, in November 2015, the Treasury told the Ministry of Justice to find administrative budget savings of 50% by 2019/20.

But regardless of the financial pressures the government is under, dismissing the report would be a costly mistake. The commission has spent nearly two years compiling evidence, talking to (among others) the Law Society, Bar Council, Legal Action Group, the Low Commission, Criminal Law Solicitors’ Association, the London Criminal Courts Solicitors’ Association and former lord chancellor Charlie Falconer. It has also received written evidence from more than 100 individuals and organisations.

The 51-page report highlights a deep crisis in the justice system. One significant issue that Lidington must address is the apparent lack of confidence in the Legal Aid Agency, the quango responsible for granting or withholding legal aid. The commission highlights ‘widespread’ concerns about the lack of transparency and independence in the process for appealing decisions about legal aid availability.

The report states: ‘We have been told of poor-quality decision-making in the appeals process, vital appeal documentation being omitted on behalf of the appealing party, and the absence of proper reasons for decisions. More broadly, for an agency to consider appeals against its own initial decisions undermines independence, proper administration and confidence in the system.’

Steve Hynes, director of the Legal Action Group, told the commission that there is an ‘extreme risk of interference with independence of decision-making’. But even if there is no direct ministerial interference, there can be an ‘equally damaging perception of interference’.

The commission recommends that the agency is replaced by an independent body, which would operate the legal aid system at arm’s length from the government. All appeals would be heard by a ‘wholly independent’ organisation.

The idea, as the report highlights, is not new. Legal aid was administered by the Law Society between 1949 and 1988, followed by the Legal Aid Board (1988-2000) and the Legal Services Commission (2000-2013) before the agency’s birth in 2013. Under previous regimes, the report states, ‘there were very few occasions which gave rise to unease that decisions were being taken under ministerial pressure, and there was a genuinely independent appeals process for anyone who thought that legal aid was being unjustly refused’.

One of the driving forces behind the decision to create the executive agency was concern over the Legal Services Commission’s inability to control expenditure, the report states. ‘But the abolition of that commission in 2013 and the creation of the LAA with its closer relationship to government resulted in a blurring of boundaries between Whitehall and the administration of the legal aid scheme.’

The commission does not suggest who the arm’s-length body could be. With nearly four decades of experience, perhaps the Law Society should take the reins again? The commission is, however, much more vocal in its report about the composition of a proposed Justice Commission, which would ensure another of its proposals, the Right to Justice Act, is enforced.

The act would establish a new individual right to reasonable legal assistance, without costs that an individual cannot afford. The Justice Commission would advise, monitor and enforce the right to justice.

The Justice Commission would be a non-departmental public body led by a chief commissioner, with a board of legal practitioners, ‘public champions’ and other experts. The chief commissioner would have significant legal experience. The report suggests a suitable candidate would be a serving or retired senior judge.

One option, Bach suggests, is to broaden the functions of an existing organisation with relevant supervisory powers, or merge several different organisations – and add to the existing remit a duty to improve access to justice. The commission identifies three bodies ‘which have the clearest existing mandates’ regarding access to justice. Oddly, though, it then appears to dismiss them as suitable choices.

The first is the Legal Services Board, the profession’s super-regulator. The commission notes that among the board’s eight objectives are improving access to justice and increasing public understanding of individuals’ legal rights or duties. However, the commission then says the board ‘has given little prominence to either objective during the last 10 years, as witness after witness to the commission has testified’. The board’s scope – being the regulatory body for legal professionals, not the justice system as a whole – is too restrictive.

The third suggestion is the Equality and Human Rights Commission, a statutory non-departmental public body established under the Equality Act 2006. However, unlike the previous two examples, the report says the EHRC’s ‘very broad remit leaves it unable to give adequate focus to the justice system’.

Lord Bach pulls no punches when he describes the current state of the justice system. ‘We live at a time when the rule of law is under attack. Too many powerful institutions pay lip service to the concept of access to justice without having sufficient regard for what it actually means,’ his foreword to the report begins.

The latest from the government on its own LASPO review is that it will make an announcement ‘in due course’. Merry Christmas, lord chancellor.