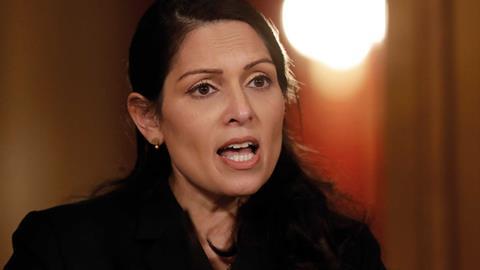 News focus: Back to basics on protecting lawyers

Not associating lawyers with their clients is a UN basic principle, but this has not stopped the demonisation – often by government – of those in the profession for merely discharging their duties

It is now three decades since a United Nations conference adopted a global set of safeguards for an independent legal profession. The so-called basic principles were adopted at a 1990 conference in Havana (where president Fidel Castro assured delegates that Cuba was ‘virtually free from many forms of contemporary crime’). One of the most treasured of those principles is the statement: ‘Lawyers shall not be identified with their clients or their clients’ causes as a result of discharging their functions.’

This noble sentiment has not prevented the persecution of lawyers across the world for discharging their functions. To take one example, the Turkey campaign group Arrested Lawyers states that, since 2016, 450 lawyers have been sentenced to a total of 2,786 years in prison for alleged involvement in terrorism: in several cases their ‘crime’ was to act on behalf of lawyers already jailed.

The UK should not be too smug: the government continues to reject calls for an inquiry into what it has admitted is strong evidence of security forces collusion in the 1989 murder of Belfast solicitor Pat Finucane.

More recent identifications of lawyers with their clients have involved words rather than violence, but are disturbing nonetheless. Last month the profession was unanimous in its support when distinguished barrister Dinah Rose QC came under attack for accepting a brief to appear in a Privy Council case concerning the legality of gay marriage in the Cayman Islands. Rose pointed out that the Bar Standards Board code expressly forbids a barrister from withdrawing from a case because of external pressure.

The Rose row followed closely on the furore caused by news that a British barrister had agreed to appear for the prosecution in the Hong Kong trial of nine democracy activists. On this occasion the legal community was more divided over whether David Perry QC should have accepted the brief. In a statement, Helena Kennedy QC, director of the IBA Human Rights Institute, said Perry had chosen to accept a brief ‘to prosecute on behalf of the state and for an executive which is undermining democracy and the rule of law’. Perry had been ‘brought in to add a veneer of respectability to a system which deserves no respect. It is now a puppet of China which trashes human rights and has no concept of what the rule of law means.’

In the event, Perry decided to withdraw. A statement from the Hong Kong Department of Justice cited ‘growing pressure and criticism from the UK community directed at Mr Perry QC for his involvement in this case’. It described some of the criticism as ‘ill-informed’.

UK law firms, too, have come under criticism for acting on behalf of certain clients. Attacks do not come from just the tabloid press. Last year the group Lawyers for Extinction Rebellion picked out magic circle firm Slaughter and May for what it called a ‘significant and enduring role in the climate crisis’. Specifically, demonstrators cited the firm’s decision to act in a hearing at which Premier Oil was able to see off a major creditor. A member of the protest group told the Gazette that the action was not a breach of the basic principles: Slaughter and May was not being targeted as a result of ‘discharging its functions’ but for the way it promoted itself to big business.

All this, of course, is taking place against the background of last year’s party conference jibes by the prime minister and home secretary about ‘lefty lawyers’ acting in asylum claims. The remarks prompted outrage in all branches of the profession, with the bar chair accusing the home secretary of seeking ‘to demonise the very people helping constituents every day, without agenda, simply because they provide a vital public service’.

In a grim reminder of the risks lawyers can face, a man was subsequently charged with an attempted knife attack on a prominent legal aid firm. The case is currently sub judice.

But while the profession stands staunch against political moves to identify lawyers with their clients or clients’ causes, it has less to say about lawyers who take on that identification themselves. Many wear the ‘activist’ badge with pride. The environmental law charity ClientEarth – which is not an SRA-regulated firm – identifies itself with what it perceives as its client every time it mentions its name. Meanwhile, in December, lawyers who stopped a deportation flight to Jamaica, celebrated on social media – to the delight of the Daily Mail.

If the UN basic principles are to be defended, do lawyers need to get used to being less vocal – especially on social media?

In these dangerous times, the high ground is a good place to be.