Following last year’s Digital Justice report calling for a shakeup in the publication of court judgments, there is growing awareness of how opening up the corpus of case law could facilitate justice

Momentum is growing behind a movement seeking to resolve an embarrassing shortcoming of the common law system: the haphazard, and to outsiders often impenetrable, way in which court judgments are published in England and Wales. ‘It is sometimes a matter of luck which parts of case law get reported,’ says Daniel Hoadley, head of research at the Incorporated Council of Law Reporting for England and Wales, one of a growing band of experts trying to drag judgments into the digital age.

Earlier this month, a meeting of fellow enthusiasts, drawn from commercial legal publishers, access to justice campaigners, lawtech entrepreneurs and representatives of the courts service and judiciary, heard that unreported judgments are only one problem with the current ad-hoc system. Obstacles to access include case numbers changing as a matter progresses through the courts system, inconsistencies in the ways parties and counsel are identified – and potentially dangerous confusion about reporting restrictions and anonymity orders. 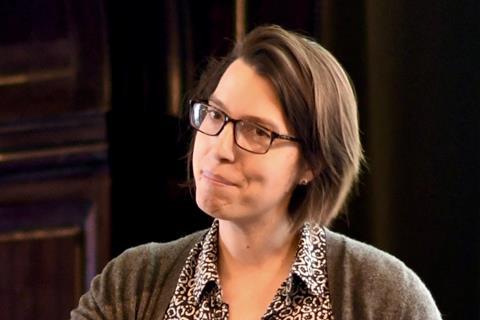 Legal professionals have, over the centuries, developed ways of coping. But these are simply ‘workarounds’, says Sophie Walker, barrister at One Pump Court, who convened this month’s meeting. ‘Overall, the mechanism by which judgments are published is inconsistent, risking important judgments not being published, or not all publishers being able to access judgments.’ Those judgments that are released are formatted inconsistently, a nuisance for publishers and a barrier to innovation.

Pressure for change in the ad-hoc process is coming from two directions. One is the need to cater for a growing number of litigants in person. The second is to support technological innovation, especially where it assists access to justice. Artificial intelligence-based systems need data to work from and at present they are getting only part of the picture.

Enabling free public access to judgments was a key recommendation of last year’s Digital Justice report published by Dr Natalie Byrom, research director of the Legal Education Foundation, following an (unremunerated) secondment to HM Courts & Tribunals Service. ‘In a common law system, providing access to judgments is crucial in order for individuals to understand their legal position and initiate or defend legal claims,’ Byrom concluded. ‘The provision of access to judgments is also critical to the delivery of principles of open justice’ – especially if virtual hearings increasingly replace physical proceedings under the HMCTS reforms. Byrom condemned the current system for disseminating judgments as ‘opaque and complex’.

One solution would be a central repository of court judgments, consistently formatted and marked up in a ‘schema’ so they can be read by computer. This is the approach taken by the National Archives with the statutory component of England and Wales law.

The obvious candidate to do the work is the British and Irish Legal Information Institute (BAILII). Although this currently provides by far the best free repository of court judgments, according to the Byrom report in 2017 it offered ‘less than a fifth of the Court of Appeal Criminal Division decisions available on fee-charging legal research resource Justis… and only 70% of the Court of Appeal Civil Division decisions’. There are particular gaps in recording of lower courts and tribunals, and of extempore judgments.

However upgrading BAILII into a comprehensive resource would require a transformation of its organisation and funding. At present it operates on a shoestring budget of £150,000 a year, one third of which comes from the government.

It will also require a change in attitude towards the way data is reused. At present, BAILII does not allow so-called scraping, with terms stating: ‘BAILII monitors the use of automated mechanisms to access its website, and its policy is to block entire domains which use such mechanisms without authorisation.’

While this appears to contradict government policy on allowing public sector data to be reused in the information economy, it reflects widespread suspicion about the prospect of AI systems that second-guess (and perhaps will eventually supplant) judicial decisions.

However, opening up the corpus of case law is not just about helping lawtech entrepreneurs make millions. ‘Technology has a huge power to equalise access to justice,’ says Walker. ‘Access to data is central to access to justice.’