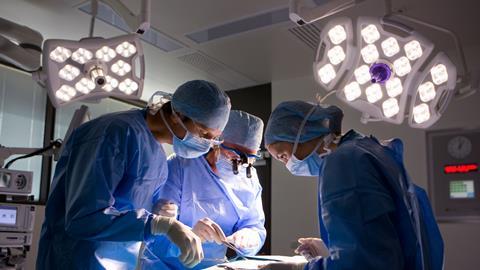 The issue could not be more simple: the solution could barely be more contentious. Unquestionably, the NHS is spending vast sums of money on clinical negligence claims. At £60bn, the provision for negligence in NHS trusts is one of the biggest liabilities in the government accounts – and is growing fast.

According to the National Audit Office (NAO), which spent nine months analysing costs to the public purse, NHS Resolution’s spending on clinical negligence is forecast to double in the next four years, from £1.6bn to £3.2bn.

Lawyers’ fees have been the fashionable target for addressing this cost in recent years, with defendant firms squeezed and claimant firms threatened with a fixed-fee regime for more than two years. But as the NAO pointed out, fixed fees in their proposed form will save just £90m a year by 2021 – a drop in the ocean compared with overall costs.

Last year’s spending was comfortably led by damages costs (£974m), with claimants’ legal costs – the primary target for reductions – less than half that figure.

The question emerges: if we are serious about reducing costs, is it time to stop ignoring the elephant in the room and look seriously at the level of damages paid to injured victims of clinical negligence?

Nobody at the top of government is seriously considering imminent reform of the processes and rules for compensating victims. But the conversation is being held. At an evidence session of the House of Commons Public Accounts Committee earlier this month, Sir Chris Wormald, permanent secretary at the Department of Health, reported ‘considerable’ rises in very high-value cases, with 83% of damages now relating to 8% of successful cases.

Maternity safety cases have been the biggest driver of costs, and increased life expectancy rates for victims have resulted in much higher lifetime bills.

According to NHS Resolution data (which covers England only), obstetrics claims accounted for 10% of claims in 2016/17, but 49% of the total damages.

Wormald stressed that the best way to bring down costs is to prevent negligence (a point often forgotten by reform advocates), but he also brought up what he called ‘big legislative tort reform’, as has happened in Australia and some parts of the US. ‘The countries which appear to have most successfully controlled costs have gone into the big question… and gone into legislative reform,’ he said.

His counterpart at the Ministry of Justice, Richard Heaton, suggested ‘blue-sky thinking’ on issues like the law of damages, and called for a joint board of the health and justice departments to look again at legislation.

The NAO backed such a proposal, and specifically recommended ministers address ‘all factors’ contributing to clinical negligence costs, including the damages awarded.

This will be music to the ears of groups such as the Medical Protection Society, which indemnifies medical professionals. The society has long backed a limit on future care costs, based on the provision of home-based care, and a limit on future payments which recognises national – rather than individual – average weekly earnings.

Others lobby for change to the Law Reform (Personal Injury) Act 1948, which permits a claimant to recover the costs of private medical treatment, even where treatment is available to them on the NHS.

The MPS concedes there should be ‘reasonable compensation’ for those harmed through clinical negligence, but this must be balanced against society’s ability to pay. In June, director of claims Emma Hallinan said: ‘This is without doubt a difficult debate to have, but difficult decisions are made about spending in healthcare every day and we have reached a point where the amount society pays for clinical negligence must be one of them.’

Claimant lawyers, as one would expect, passionately advocate the status quo and say there are good reasons for an injured patient being able to recover compensation for private healthcare.

Suzanne Trask, executive committee member of the Association of Personal Injury Lawyers, points out that trust between the victim and the NHS has been ‘irrecoverably broken’ and that forcing a claimant to rely on the NHS for rehabilitation may slow down their recovery.

‘The law rightly expects the claimant patient to be put in the closest position possible to that which they would have been in, had the negligence not occurred,’ she explains. ‘The NHS will be simply unable to meet this need. It often can’t get close to it. It cannot be right that a defendant can injure people through negligence, and then leave them in a position where they continue to rely upon the defendant for treatment which could be provided by others more swiftly.’

James Bell, a partner at London firm Hodge Jones & Allen, says the fact that legislation is almost 70 years old does not mean it is obsolete.

The 1948 act, he notes, gives injured claimants the freedom to choose who cares for them after an accident instead of the proposal of a care package being imposed by the NHS.

‘The parents of a severely disabled child currently have the freedom to hire carers as they see fit. This is important to the family. The NHS cannot guarantee continuity of care with the same carers in the same way that a private care package can.’

The chances of reform are still remote. But when civil servants can float the idea of major legislative change, and MPs say nothing to pour cold water on the idea, there are signs the mood is changing.

Australian lawyer Mark Doepel, in London earlier this month for the PIAA medical liability conference co-hosted by the MPS, lived through legislative change to cap damages in his home jurisdiction. He says England should act now before it is too late.

‘We went through what we see you going through and we did something about it,’ Doepel told the Gazette. ‘Philosophy needs to drive this debate: we are looking simply at the tort, but I am saying we need to change this because it will change society. We have got a finite amount of money as government and we can’t afford to keep doing this. The system is not sustainable – the UK is writing cheques the country can’t cash.’