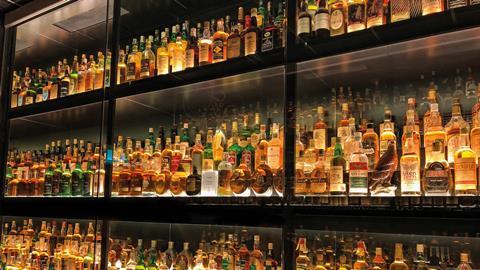 In the first of a two-part investigation, the Gazette discovers how the UK’s largest listed companies are pushing their panel firms to embrace diversity

Coca-Cola recently joined a long list of US corporates threatening to withhold fees from law firms that fail to meet minimum diversity requirements. Its stance was blunt. Senior vice-president and global GC Bradley M Gayton told US firms that ‘score cards’ and ‘action plans’ were not working: ‘We will no longer celebrate good intentions or highly unproductive efforts that haven’t and aren’t likely to produce better diverse staffing. We are no longer interested in discussing motivations, programmes, or excuses for little to no progress – it’s the results that we are demanding and will measure going forward.’

Coca-Cola’s initiative prompted the Gazette to conduct a random survey of FTSE 100 companies to see if the UK’s biggest in-house legal teams are equally activist. So far, at least, it seems that UK plc is adopting a less strident approach.

Discussing NatWest’s work, Suzanne Rodway, GC for legal, governance and regulatory affairs services, said the bank recognises that improving diversity is a journey and that many of its firms are at a relatively early stage.

‘We are a purpose-led organisation,’ she stressed. ‘Climate, and diversity and inclusion are important parts of that and I wanted to make sure we were reflecting that purpose within our panel firms.’

NatWest began a panel review last year. Firms were asked about their diversity and inclusion targets and how they were performing against them. ‘We were keen to learn about initiatives and training to improve diversity, and how they were measuring this. We asked questions about culture; how they were managing wellbeing.

‘We were keen to hear from people who said: “We tried this and it didn’t change the dial, but it was helpful learning for us”.’

NatWest blind-scored firms according to weightings and a scoring matrix. If firms did not score well, they could be removed from the panel or given a restricted mandate.

On the procurement process, Rodway said: ‘It took a long time to refine and work through the questions. We have written detailed feedback for each firm on how they did on each of the purpose-led areas. For example, “on climate change you did quite well but you did not answer this question very well”. We also [told] every firm “this is what a good answer” looks like.’

On diversity requirements, Rodway said the bank has ‘linked in’ with the diversity and inclusion work of the GC100 group of general counsel and company secretaries working in FTSE 100 companies. ‘Hard metrics are not necessarily the answer,’ she added.

Siobhan Moriarty, GC at beers and spirits giant Diageo, told the Gazette that her company’s commitment to championing inclusion and diversity extends to working with suppliers to drive change – and that includes working with its external law firms to encourage them to make progress on diversity.

Moriarty was an inaugural signatory of the Statement of Support for Diversity & Inclusion launched in 2019 by the GCs of European companies. At the start of this year, that statement had 116 corporate signatories.

Launching a panel review last year, Diageo included the following statement in the ‘request for proposal’ document when firms were invited to tender to provide legal services:

As part of the panel review process, Diageo reviewed the data on diversity and inclusion provided by tendering firms, as well as their commitment to making progress in all areas of inclusion and diversity, including social mobility. This was further reflected in the final engagement letter to successful panel firms, which binds the adviser to the commitments articulated by Diageo.

Diageo decided not to impose minimum requirements, ‘but instead engage in a continuous dialogue with our key relationship firms, including reviewing progress in the area of inclusion and diversity as part of regular performance reviews’.

Fee cuts and deductions are off the table at UK plc, for now at least. But whatever approach companies adopt, in-house teams know their buying power and, when it comes to diversity, are not afraid to leverage it.