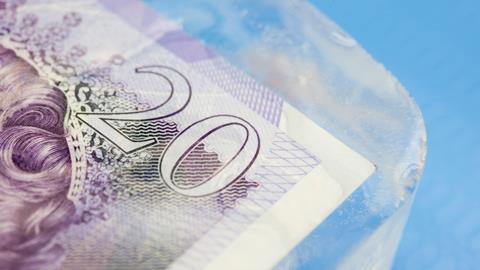 The Civil Justice Council has unveiled its long-awaited report on guideline hourly rates. Clarity is to be welcomed but after a decade-long freeze it could be a while before solicitors reap the benefits

After an 11-month review following a 10-year wait, it was a surprise to see the latest report on guideline hourly rates (GHRs) slipped out by the Civil Justice Council late on a Friday afternoon (8 January). Most lawyers will have embarked on their housebound weekend unaware that the working party had recommended changes to their potential future earnings.

But perhaps it was not such a shock. Following a decade of stagnation, what Mr Justice Stewart’s working group called a ‘modest’ rise was probably underwhelming for many. Proposed increases ranged from 7% to 35%, with the top London rate reserved for ‘very heavy commercial and corporate work’. The second tier of London work would be for all other work carried out by firms in either the City or the area currently covered by London 2.

The third national band should be merged with the second, although it was not recommended at this stage to create a single national band.

After such a long period of stasis, lawyers were ready to welcome any attempt at updating the rates. Law Society head of justice Richard Miller said: ‘Guideline hourly rates for solicitors have not been changed in over 10 years and were long overdue a review. Revised rates would give both solicitors and their clients greater clarity about costs and we look forward to responding to the consultation.’

The report comes to 100 pages but is laden with caveats. The sample size was of limited use, with City firm Macfarlanes reporting to the working group there was little data available on hourly rates in detailed assessments. It should also be remembered this report – subject to consultation until 31 March – will land on the desk of master of the rolls Sir Geoffrey Vos in the summer. A similar review from 2014, culminating in recommendations from the Foskett committee, was not accepted by then MR Lord Dyson, and there is no guarantee that this attempt will not meet a similar fate.

Claire Green, chair of the Association of Costs Lawyers, said it was ‘unarguable’ that the GHRs needed to be increased, but deciding on the rates was no easy task. Green noted that the latest report makes ‘welcome tweaks’, but the group ‘clearly sees its work as an interim measure’ ahead of a fundamental review of the rates in the context of the profession’s changing working practices.

Even the report itself notes the myriad other issues which might affect costs in the future, including the HMCTS reform programme, the government’s imminent announcement on fixed recoverable costs, and – lest we forget – the tumultuous impact of a global pandemic. As Green noted, the GHRs also reflect a time when legal life was very different to today’s technology-enabled practice.

Perhaps the report also suffers from the concept of guideline hourly rates being increasingly obsolete. Judges are no longer in thrall to the prescriptive tables and have shown in recent years they are more adept at assessing and awarding costs. This is not as alien a challenge as it might have been when GHRs were first created. In one example from 2019, Mrs Justice O’Farrell allowed costs in Ohpen that were far higher than the guidelines recommended, suggesting that rates from 2010 were ‘not helpful’ in determining reasonable costs. While she and others on the bench have said they would welcome changes to the GHRs, the fact remains that costs decisions have been made in spite of any help from civil justice overseers.

Even the latest working group to tackle the issue stressed it was guided by a statement from Lord Dyson back in 2014, who said it was important to emphasise that GHRs were guidelines only, and should be intended only to be ‘broad approximations’ of market rates.

Clarity is to be welcomed. But the market and judiciary have showed signs of making the system work without guideline rates, which in any case are not to be seen as definitive and could well be overtaken by digitally driven innovation – an area in which Sir Geoffrey takes a particular interest. The new proposed rates are a long, long way from turning into more cash in solicitors’ pockets.