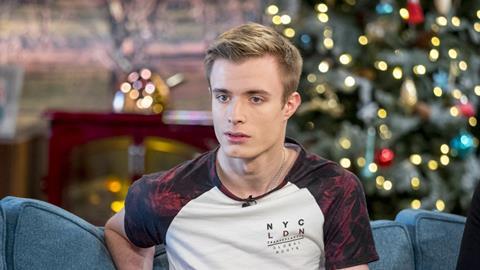 News focus: In the spirit of full disclosure

Hardly a day passes without criminal evidence disclosure (or the lack of it) dominating national headlines. The media cast a spotlight on the issue when a rape trial involving student Liam Allan was abandoned following the discovery of crucial text message evidence that had not been disclosed to the defence. The police and CPS apologised to Allan last week.

The glare intensified after another rape trial was abandoned because vital phone evidence was not disclosed to the defence. Then a judge criticised police and prosecutors after a people-trafficking trial was halted because crucial evidence was not disclosed. About 65,000 lines of social media and text messages downloaded from mobile phones were eventually handed over to defence lawyers after the trial started. A woman charged in the case gave birth while in custody awaiting trial.

While the police and CPS might normally be lauded for their commitment to tackle this problem, it is difficult to praise them for addressing failings that should never have occurred. Having senior prosecutors and police officers assess all live rape and serious sexual assault cases to ensure disclosure obligations have been met is a good start, but it is not seen to be enough. Claire Lindley, chief Crown prosecutor for London South, said last month it was ‘incumbent on all parties in the criminal justice system’ to ensure disclosure issues are addressed.

Moreover, the fact that the Ministry of Justice’s decision to change how it remunerates solicitors for Crown court work is not part of the conversation highlights a shocking lack of joined-up thinking.

Disclosure is the release of material gathered during an investigation that is not relied upon by the prosecution but which may be relevant to the case. The prosecution team and police have a duty to review this unused material and determine whether anything in it undermines their case or supports the defence. Anything that does so must be disclosed to the defence team, with everything else listed on a schedule.

The CPS and National Police Chiefs Council say that ‘there is a significant resource implication to be considered concerning digital media collected during an investigation, which is invariably complicated due to the sophistication of mobile devices and the extremely large amount of data that requires capturing, analysing, reviewing and disclosing where appropriate’.

This is at odds with the MoJ’s justification for reducing the cap on the number of claimable pages of prosecution evidence (PPE) from 10,000 to 6,000 in October. The ministry said ‘it is understood that large volumes of served evidence can contain material of less relevance to the client’s defence, and in many cases is capable of being searched electronically – for example downloads of the entire contents of a mobile phone including thousands of irrelevant SMS messages and pictures’.

The Law Society has issued judicial review proceedings against the measure. President Joe Egan explains: ‘The government is cutting the payments made to defence lawyers for considering and responding to evidence served by the prosecution. Their justification for this cut is that electronic and social media evidence is not always relevant to the complexity of the case. However, it was exactly this social media evidence that defence lawyers had to examine in order to secure the exoneration of Liam Allan.’

Solicitors had been shouting about prosecution disclosure failures long before Surrey Police chief constable Nick Ephgrave, National Police Chiefs Council lead for criminal justice, admitted that ‘we have had a cultural problem with disclosure where it is too often seen by police officers as a thing to be done at the end of an investigation – becoming subsequent to rather than integral to the investigation’. Changing this mindset, he said, will be an ‘immediate challenge’.

A disclosure survey carried out by the Criminal Law Solicitors’ Association last summer attracted nearly 300 responses in the first 24 hours.

One respondent said: ‘The failure of the Crown to comply with their disclosure obligation is the norm. This leads to miscarriages of justice and defendants routinely acknowledge that the magistrates’ court is no place to get justice. This has now crept into the Crown court where the defence have to constantly fight to get disclosure… In nearly every single case I have at the moment (approximately 50) the Crown have failed to comply with their disclosure obligation and I’ve had to list the case for a mention hearing.’

Another solicitor said: ‘There is a culture of the courts giving the CPS the benefit of the doubt by constantly referring to financial pressures or lack of staff. This is an excuse that carries no weight when you see the lack of funding and the work pressures on defence solicitors.’

Andrew Morris, solicitor-advocate at London firm ITN Solicitors, says that when the defence is dealing with late disclosure and asks the court for more time, blame is sometimes directed towards the defence because it is using up court time to review material the legal team should have received earlier.

According to the BBC, 916 people had charges dropped over a failure to disclose evidence last year, up from 537 in 2014/15. Emmeline Coerkamp, a solicitor at Byrne and Partners in London, notes that the figures do not show the cases in which there have been serious disclosure issues but proceedings continued. She adds: ‘The CPS must keep in mind that such evidential disclosure failings have an extremely wide reach, affecting cases across the entire spectrum of criminal law – from rape cases, to City fraud and insider trading scandals.’

In 2016 Sir Terence Etherton, then chancellor of the High Court, set up a working group as a result of widespread concerns from court users over the excessive costs, scale and complexity of disclosure in civil litigation. Coerkamp says the CPS should create a similar working group for criminal cases. ‘The fact that no dedicated working group currently exists is, quite frankly, an oversight,’ she says.

Morris makes the obvious point that the criminal justice system requires more resources. He suggests funding advocates to look at unused material and complete the disclosure exercise properly. ‘If advocates and barristers are being paid properly, you know the job is being done diligently. Goodwill is close to running out.’

The House of Commons Justice Select Committee has begun an inquiry into the disclosure of evidence and the CPS. It will shortly publish terms of reference and call for written evidence. There is no mention of any evidence session. This is a pity as it would create a chance to haul in the MoJ to see if the department stands by its statement that there is no evidence that the rise in PPE reflects a proportionate increase in defence solicitors’ work.