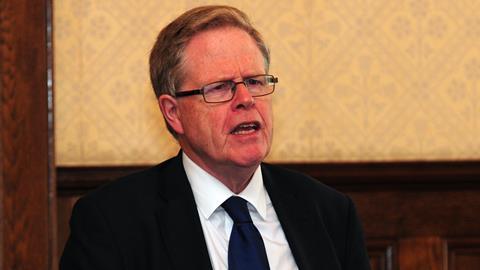 ‘This is the last stage of a civil justice project on which I have been engaged for the last nine years.’ With those words the Right Honourable Lord Justice Jackson told an audience at the Law Society last week that he was stepping back from the front line of the long-running conflict over how civil legal proceedings should be paid for.

That may be a forlorn hope. Jackson’s supplemental report on fixed recoverable costs, proposing a significant extension of fixed costs, is likely to be a talking point for years to come.

As expected, the initial heated debate was over proposals that would bring most clinical negligence and personal injury claims into the ‘no brainer’ regime for fast track cases. However a bigger political row may be looming over proposals filling just six pages at the back of the 135-page report, concerning costs in judicial reviews. Jackson recommends extending the system of cost-capping currently applied to public-interest challenges on environmental matters to all straightforward judicial reviews.

The idea is likely to get short shrift from the government.

Jackson opens his argument by extolling the role of judicial reviews, mischievously quoting the government’s sentiments in 2012 that such proceedings ‘represent a crucial way of ensuring that state power is exercised responsibly’. He adds: ‘An effectively functioning system of judicial review is, therefore, central to the rule of law.’

In his 2009 review of civil litigation costs, Jackson recommended that qualified one-way costs shifting (QOCS) be introduced for all judicial review claims, so that ‘costs ordered against the claimant… shall not exceed the amount (if any) which is a reasonable one for him to pay’. The government was silent on the proposal, leading Jackson to conclude ‘it is probably realistic to proceed on the basis that QOCS in judicial review is not going to come’.

Since then, the government has been dragged into cost caps by the UN Aarhus Convention, signed in 1998, which requires participating states to provide access to justice in environmental matters. This includes ensuring that procedures are ‘fair, equitable, timely and not prohibitively expensive’. Successive UK governments dodged the measure by interpreting ‘prohibitively expensive’ as applying only to court fees, not the total costs of a challenge.

A compliant regime was eventually introduced in 2013, capping an individual claimant’s liability at £5,000 and the defendant’s at £35,000. The ‘Aarhus rules’ were especially unpopular with then lord chancellor Chris Grayling, who vowed to crack down on judicial reviews after expressing outrage at the cost of defending a challenge over the reburial of Richard III’s skeleton.

The Aarhus regime was significantly watered down earlier this year in an amendment to the Civil Procedure Rules giving courts the power to vary the cap and requiring people seeking to benefit from it to submit a statement of means, and declare any financial support from others.

It is the amended Aarhus rules that Jackson would like to see adopted for all judicial review cases on the basis that QOCS is unacceptable. ‘This is necessary in order (a) to increase access to justice and (b) to promote the public interest,’ the report states.

Jackson suggests the cost-capping regime should:

Meanwhile, so-called ‘heavy JR’ cases, such as the Brexit article 50 challenge, should be subject to cost management at the discretion of the judge.

He suggests that the changes will not need to be piloted, claiming that the use of Aarhus rules over the past four years has proved their worth. ‘Over the next few months we shall have a chance to see how the amended rules fare in practice,’ he states.

Jackson accepts that it is ‘tiresome and expensive’ for hard-pressed public authorities to receive a stream of mainly unmeritorious claims. ‘Despite those unwelcome burdens falling on public authorities, the ready availability of judicial review proceedings in which public bodies are held to account for their actions and decisions is a vital part of our democracy.’

For an international exemplar, he points to Canada where he says public authorities recognise the importance of judicial review claims and ‘often do not seek costs if they win’. If defendants do ask for costs ‘the court may well refuse unless the claimant has acted unreasonably’.

The snag is that the reform cannot be achieved simply by changing the Civil Procedure Rules. Jackson’s report says that sections of the Criminal Courts and Justice Act 2015 which impose restrictions on cost-capping orders ‘will, at the very least, require amendment’.

Whatever the overall reaction to his proposals on fixed recoverable costs, Jackson can expect a cool reaction from the Ministry of Justice on, at least, the report’s judicial review chapter. The summary in his report of a meeting with government lawyers in April may be a harbinger. Lawyers for the Government Legal Department ‘queried what the evidence was for an access to justice problem’ and told him extending the Aarhus cap would ‘encourage non-environmental claims’.

Meanwhile, in an exchange that could have come straight from Yes Minister, a representative from the MoJ insisted that the government had not rejected Jackson’s previous recommendation for QOCS: ‘It has simply not implemented the recommendation.’

That line may come in very handy in the months and years ahead.