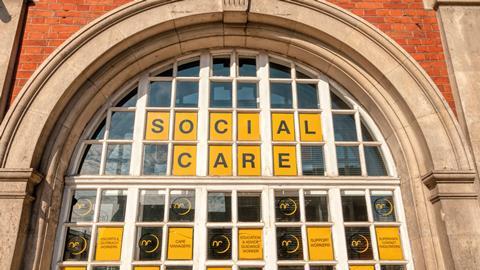 Government plans to go further than Lord Faulks’ review recommendations face fierce scrutiny from lawyers, with the impact on social care and court jurisdiction under the spotlight

Widespread relief that the panel tasked with conducting an independent review of administrative law did not recommend wholesale reform of judicial review proved short-lived when the lord chancellor revealed that the report was just a ‘starting point’. It quickly became apparent that the government wants to go much further than Lord Faulks’ recommendations.

Lawyers and others have been given only six weeks to respond to the government’s wide-ranging consultation (more on that later). Nevertheless, judging by the reaction to two of Faulks’ recommendations that the government is keen to pursue immediately, Robert Buckland can expect robust responses before the consultation closes on Thursday.

The first immediate action is reversing the effect of the Supreme Court’s 2011 judgment in Cart, to prevent Upper Tribunal appeals being subject to judicial review. The Faulks review assessed that only 12 out of 5,502 applications for a Cart JR since 2012 have been successful – representing 0.22% of all such cases brought. ‘We have concluded that the continued expenditure of judicial resources on considering applications for a Cart JR cannot be defended, and that the practice of making and considering such applications should be discontinued,’ the panel said.

Public Law Project, a strategic litigation group, described the 0.22% figure as ‘incorrect and misleading’. Dr Joe Tomlinson, PLP research director, said: ‘The problem with the figure is that it is built out of reported cases, of which there were only 45 found by the panel. On the basis of the outcomes the panel had access to via legal databases, the success rate figure would be 12 out of 45 cases, not 5,502. This would represent a much higher success rate of 26.7%.

‘The figure being relied on artificially deflates the actual success rate in reported cases by taking 5,457 cases and assuming they were all failures. There is no basis for that assumption. Furthermore, Cart cases are not generally reported because they go through a specific procedure, the dynamics of which mean reported successful cases are unlikely.’

PLP has asked the Office for Statistics Regulation, which independently oversees all statistics released by the government, to urgently investigate the use of statistics in the whole process. In the meantime, the Ministry of Justice disagreed with PLP’s assessment that the panel’s recommendation was wrong. The department said the evidence suggests a large number of Cart JRs do not make it past the permission stage and those cases would not be included in the database cited.

The second immediate action concerns remedies – in particular, suspended quashing orders to allow the authorities to rectify an error. The panel recommended amending section 31 of the Senior Courts Act 1981, giving the courts the option to make a suspended quashing order. Such an order would automatically take effect after a certain period of time if certain specified conditions are not met.

'Cart cases are not generally reported because they go through a specific procedure, the dynamics of which means reported successful cases are unlikely'

ASC said: ‘There can be very strong financial incentives for a local authority to delay righting wrongs when it comes to social care. Delaying putting an appropriate service in place can save local authorities thousands of pounds. For those languishing in assessment and treatment units, local authorities or clinical commissioning groups already delay implementing a package of care in the community as while in the unit, they are not responsible for funding the placement. It is often only when a pre-action letter is sent that action to discharge an individual commences.

‘While suspensive orders may bring with them the assistance of continued supervision by the court, this would not be the case for most social care cases which are resolved by the sending of a pre-action protocol letter. We are concerned that the mere availability of such orders is likely to impact on the effectiveness and promptness of settlements in response to pre-action correspondence.’

A suspended quashing order is the only recommendation that the panel made on the issue of remedies. But in its consultation the government goes further, suggesting a requirement for prospective-only remedies in certain circumstances could also be developed.

However, ASC believes prospective-only remedies could create a ‘perverse incentive’ for cash-strapped local authorities when it comes to – for instance – drawing up policies for charging for social care.

In a letter to the lord chancellor, ASC says: ‘On current principles, the expectation would be that the unlawful charging policy would be quashed and those affected would be reimbursed for any overpayment they have made. If a prospective-only remedy was to be applied, this would correct only future charges. This would create a perverse incentive for cash-strapped local authorities to take less care to ensure that such policies were lawful before implementation as, even if the policy was ultimately quashed by the courts, those individuals who were unlawfully charged would not be able to claim for any overpayment they made.’

Another issue likely to meet with dismay is so-called ‘ouster clauses’, which define the bounds of the court’s jurisdiction. The government reckons there is merit in exploring the possibility of legislating to clarify the effect of statutory ouster clauses – despite the panel’s warning that use of such clauses would likely face a hostile response from the courts and robust scrutiny by parliament.

A workshop organised by Public Law Project last week heard that pre- and post-legislative scrutiny are not mentioned in the government’s proposal, but are worth considering. For instance, it could be suggested that whenever the government enacts an ouster clause, it should collect data and report back on what the effect of the ouster clause has been. Has it operated as it was intended to operate? What injustices has it caused?

The consultation, which asks 19 questions, covers weighty issues, so it is not surprising that the Ministry of Justice has received multiple requests to extend the deadline for responses.

ASC told Buckland that the short timescale to respond is proving challenging for social care organisations, who are still dealing with the pandemic. The timetable also puts older people and those with disabilities, who often need additional time to respond, at a particular disadvantage.

Given the complexity of the issues, high-profile public law specialist firm Bindmans has said the deadline should be extended to 10 June – a date supported by the Law Society and Bar Council in a separate letter coordinated by human rights group Liberty. Bindmans gave the Ministry of Justice until 19 April to respond. The ministry told the Gazette it will respond to the letters in due course.