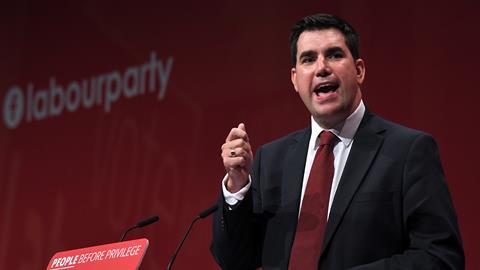 By Monidipa Fouzder in Brighton

Costly promises are easy to make when a party is in opposition, but Labour made it clear at last week’s party conference that justice will form a key part of its general election manifesto. 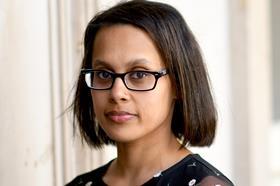 As the conference kicked off, Labour pledged to provide free legal training for 200 social welfare lawyers and create a new network of law centres to help ‘hard-hit’ communities defend their rights and secure justice.

Regarding community lawyers, Labour will provide £18m to fund 200 posts based in specialist social welfare agencies such as law centres or other legal aid providers. The party says it will help to build on the success of initiatives already under way, such as the Legal Education Foundation’s Justice First Fellowship scheme.

Another £20m will go towards a network of ‘peo ple’s law centres’. Labour has been working on a ‘blueprint’ for the future of law centres which will be published soon. The blueprint will outline plans for securing existing law centres and boosting their provision with extra staff. New law centres will be set up, including special units based in community hubs such as food banks and health clinics.

The party has pledged to restore all cuts to early legal help within the first 100 days of coming to power. In addition to previous commitments to restore this form of legal aid for housing cases, family law and welfare benefits appeals, the party will now also restore publicly funded early legal help for immigration cases, employment, debt and mental health. Labour has already pledged to provide automatic legal aid for bereaved families for inquests where a death occurred in state custody.

'Ethnic minority lawyers are applying, in quite large numbers. The problem is the drop-off rate is so much higher than their white counterparts'

Separately, shadow justice secretary Richard Burgon revealed at a fringe event that he would order a comprehensive review of the Legal Aid Agency. The review will be ‘fully independent’ and chaired by Steve Hynes, former director of the Legal Action Group. A working party will make recommendations on how to ‘properly and effectively administer’ legal aid.

The pledge comes two years after the Bach Commission, set up by Labour peer Lord Bach (Willy Bach), recommended replacing the agency with an independent body at arm’s length from the government.

Improving diversity in the judiciary is not a manifesto pledge, but shadow attorney general Shami Chakrabarti told the conference she would support a Labour government exploring affirmative action to make the judiciary more diverse.

Labour peer Chakrabarti said: ‘I have seen [affirmative action] work in my own life and career. Just do it for a time-limited period and it becomes natural to have 30%, 40%, 50% of women in wherever it is – the highest court, corporate boards.’

Lammy again expressed regret that he recommended targets for the judiciary in his review instead of quotas.

He rejected the suggestion that the lack of diversity is a ‘pipeline’ issue, stating: ‘The table on page 38 of my review confirms it’s not a pipeline issue. Ethnic minority lawyers are applying, in quite large numbers. The problem is the drop-off rate is so much higher than their white counterparts. When I asked the Judicial Appointments Commission to explain why this is, surprise surprise they could not explain.’

The biggest talking point of the week, inevitably, was the Supreme Court’s prorogation ruling. The Society of Labour Lawyers came up with the title of its fringe event, ‘The rule of law – is justice under attack?’ months ago, not realising how apt a title it would become.

‘All hail to Brenda Hale’ cried Chakrabarti. Lord Falconer, lord chancellor in Tony Blair’s government, said the ‘power and strength of the court’s judgment is remarkable… Its immediate effect is staggering… This is a stunning day in history.’