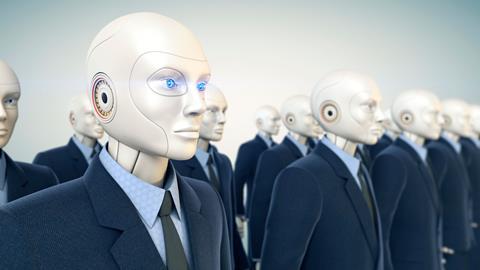 News focus: Legal futures - What will the profession look like in 2050?

The Law Society’s ‘Future Worlds’ report makes grim reading, predicting that AI will replace many solicitors and employment will plummet. But there are reasons to be optimistic

One side effect of the pandemic is to bring futurology back in to fashion. Even sceptics about the discipline can no longer deny the power of ‘disruptors’ or ‘black swan events’ to knock our assumptions sideways – and that it may be worth investing some effort in spotting them early. ‘If we have learned anything from 2020, it’s that the future can still catch you unawares,’ Law Society president I. Stephanie Boyce said last week.

Boyce was introducing the Society’s latest contribution to future horizon-scanning, the first results of its ‘Future Worlds 2050’ project, which aims to enable ‘raw, frank and honest discussions’ about the future legal world.

At first glance, the report* makes grim reading. The scenarios forecast for the next 30 years include a bleak vision of a legal profession largely replaced by artificial intelligence, with human survivors depending on ‘performance-enhancing medication’ to keep up with their robotic colleagues.

Among the forecasts is a prediction that employment in the UK legal sector is already declining, following a peak in 2016. It predicts a ‘savage reduction’ in full-time jobs by 2050. On a more immediate timescale, the years between 2023 and 2030 will see the end of the partnership model, the ‘deskilling of the legal profession as AI takes over’ and compensation in the profession dropping ‘dramatically’. By 2030 ‘everyone has a “free” lawyer at their disposal, similar to Siri’.

The report is based on a literature search and projections by a ‘Delphi panel’ of experts, including Christina Blacklaws, a past president of the Law Society, Richard Potter, chief technology officer at Microsoft UK, Julia Hayhoe, ex-chief strategy officer, Baker McKenzie and Jamie Inman of PR firm Weber Shandwick.

But the creep of AI is only one disruptor facing the profession. Others cited by the report include climate change, the rise of China and other ‘E7’ nations as well as ‘rising social movements and resurgence of the civil rights movement’, and the challenges of an ageing world population expected to stabilise at around 10 billion.

Technology will face its own disruptors: one example is the colossal energy demands of networks of number-crunching computers. This has already surfaced in the debate over cryptocurrencies and may yet threaten the onward march of ‘brute-force’ AI.

However the future is not necessarily dystopian. The report finds ways in which human skills, including the right kind of legal ones, will continue to be valued 30 years hence: at least for those prepared to adapt. One telling finding was that ‘85% of job concepts in 2030 do not yet exist’.

Boyce pointed out that emerging disruptions and uncertainties may increase demand for legal services. ‘New forms of green energy and climate change action could create opportunities for lawyers and their insurer clients, as they seek to find innovative solutions to the risks posed by extreme weather events,’ she said. ‘Legal input and advice will also be needed around “green funding” – investors financing environmentally friendly companies – and there is likely to be a rise of climate litigation against corporations or governments.’

The report says that the concept of ‘trust’ emerges as the key requirement for the survival of the legal profession in all scenarios. ‘We encourage our members to consider what that means now, and is likely to mean to you and your firms in the decades to come.

‘How will the rule of law coexist with complex ethical, moral and social issues? What effect will upcoming generations have on the mindset of our sector?

‘What kind of neurodiversity, education, training, applications and business models will be needed to assure processes and reassure clients? How does a profession proudly rooted in history develop and convey future-proofed agility?’

According to the report, the key to survival seems to be to become what risk analyst Nassim Taleb calls ‘antifragile’. The term, coined in 2012, denotes an organisation that is not merely resilient to shocks, but actively thrives on them and seeks to embrace them. Widely cited examples (for the moment) are Google and Toyota.

However the creation of an ‘antifragile legal system’ may struggle with the conflict between what Future Worlds calls ‘a porous, cognitively diverse, multi-disciplinary approach’ and upholding the values of the profession.

Predictions are hazardous, especially about the future.

*Images of the Future Worlds Facing the Legal Profession 2020-2030