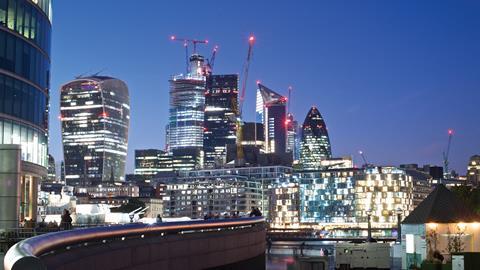 Insurers are predictably disgruntled after the lord chancellor failed to deliver the personal injury discount rate they were expecting. Solicitors are divided too, so who are the real winners?

Last week’s discount rate announcement came as a surprise – and an unwelcome one for the insurance industry.

Lord chancellor David Gauke confirmed the rate of deduction from personal injury awards would change from -0.75% to -0.25% from 5 August. ‘Discount’ is a misnomer: this is now effectively a top-up rate based on the meagre rewards victims can expect from investing their compensation.

The government has legislated to base the rate on claimants making ‘low-risk’ investments rather than ‘very low-risk’. But despite the calculations pushing the rate up, Gauke said it remained vital that victims of life-changing injuries receive the right compensation.

‘I am certain this is the most balanced and fair approach following an extensive consultation,’ he said.

Insurers were appalled, but this time they seem powerless to intervene. When predecessor Liz Truss changed the rate from 2.5% in early 2017, industry big-hitters were sitting opposite chancellor Philip Hammond within 36 hours demanding a rethink. 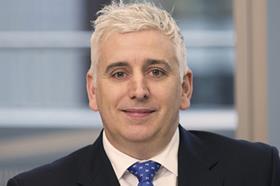 That reappraisal duly occurred and the methodology for calculating the rate was recalibrated by the Civil Liability Act 2018.

In the meantime, insurers started to price quotes based on the lord chancellor’s estimate from September 2017, when he said the rate might end up ‘in the region of 0% to 1%’.

The Association of British Insurers has now admitted to being ‘deeply frustrated’, adding: ‘The MoJ could have updated this guidance to the market at any point in the last two years but didn’t do so, meaning insurers now have to make up the difference between what the government previously advised and what it has ended up doing.’

Defendant law firms have also weighed in to complain. Tony Cawley, a member of the Forum of Insurance Lawyers and partner at Clyde & Co, claimed the government had ignored their representations: ‘Although the lord chancellor refers to the new statutory test in the announcement, FOIL does not believe that the new rate reflects how claimants actually invest their damages.’

Given the grumbling, one could easily overlook the fact that the rate has moved in favour of the paying party, albeit not to the extent insurers and NHS Resolution would have liked. The government’s own impact assessment, published alongside the new rate announcement, states that insurers will save £320m a year, with the NHS saving £80m.

The assessment is clear that paying parties, as net beneficiaries, should pass on any such windfalls, adding: ‘There is a statutory duty on insurers to report on the amount of savings generated by the reform of the Civil Liability Act 2018, including the changes made to the [discount rate] methodology.’

This ambition can be filed under ‘wishful thinking’, in light of the insurers’ initial response. Zurich’s David Nichols claimed that the government’s ‘failure to change the discount rate to a balanced level will only serve to increase the cost and, therefore, affordability of certain types of insurance’.

So who is the biggest winner here? This is ultimately a difficult battle to win for the paying party, because they cannot portray lawyers as the blood-sucking bogeymen. Instead, the people who stand to gain most are the severely injured, for whom this decision could be worth thousands if not millions of pounds.

Gordon Dalyell, president of the Association of Personal Injury Lawyers, admitted there had been concern at where the rate would end up, adding: ‘The government has faced sustained pressure from the insurance industry to set a rate which would not be appropriate for injured people, who should not be forced to take any risk with their investments.

‘We must remain vigilant that this new rate does provide them with the fair compensation they need and deserve.’

Richard Clark, chief executive of serious injury firm CFG Law, agreed: ‘Insurers will undoubtedly complain about this but this news has to be welcomed for putting the interests of injured people ahead of corporate profits and the interests of shareholders.’

In accordance with its new methodology, the government will review the personal injury discount rate within five years, to ensure that it remains fit for purpose. Future reviews will be conducted by an expert panel established for that purpose.

Like the new rate or not, everyone will have to lump it for now.