As a high-profile tax dispute regarding film distribution schemes rumbles on, the Court of Appeal could yet be asked to give guidance on a lawyer’s duty of care

A leading tax silk may still face a Court of Appeal hearing over advice he gave about film distribution schemes, though the High Court this week refused permission to appeal against the dismissal of a multi-million-pound claim from investors.

Andrew Thornhill QC, called to the bar in 1969, was sued by more than 100 people over his advice that three similar limited liability partnerships – advertised in the early 2000s by Scotts Private Client Services, which engaged the barrister to give his opinion on the schemes – would provide tax benefits.

The LLPs were later shut down by HM Revenue & Customs, causing ‘dire financial consequences’ for investors, the High Court heard.

Ten sample claimants, who between them invested more than £3m in the schemes, had their cases heard last year as they tried to recover their losses from Thornhill. The QC told the court he ‘did not make any mistakes’, while his counsel described the claim as ‘a classic piece of reverse engineering’. 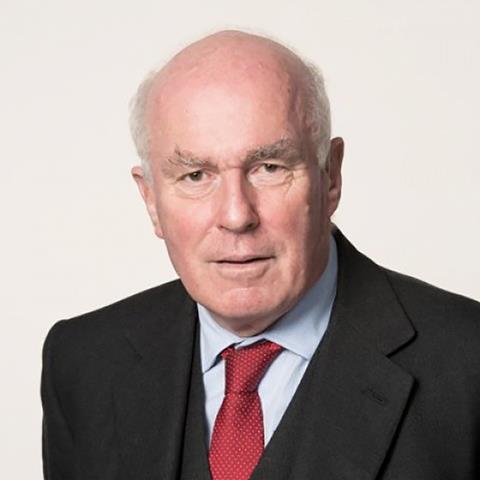 Mr Justice Zacaroli dismissed the claim in March, ruling that Thornhill ‘owed no duty of care to the claimants in respect of the advice he gave in relation to the schemes’, as investors were expressly advised to take independent advice about the purported benefits.

He also held that, even if Thornhill had owed a duty of care, ‘he would not have breached that duty in providing his opinion that the schemes would achieve the tax benefits’ and rejected the claimants’ case on causation and reliance.

The claimants sought permission to appeal this week, arguing the judge was wrong to find Thornhill did not owe a duty of care as he was ‘essential to the selling of the tax benefits’.

Anneliese Day QC, for the investors, said that ‘any competent tax silk’ in Thornhill’s position would have advised that ‘at the very least… there was a significant risk’ the tax benefits would not be available. She also said permission should be granted to allow the Court of Appeal to give guidance on ‘how a barrister might protect himself [and] what liability arises if he does not’, adding: ‘There is an obvious wider importance here.’

Zacaroli refused permission and said there was no real prospect the Court of Appeal would find that the relationship between Thornhill and investors was ‘anything other than [as between] buyer and seller’.

However, the judge said his approach on issues of causation and reliance may have been different if he had decided otherwise on duty. Day said the claimants will apply directly to the Court of Appeal.

The claimants were also ordered to make a payment on account of Thornhill’s costs, which the Gazette understands is just over £1.6m.

Tom Adam QC, for Thornhill, said his client had made a ‘drop hands’ offer, at which point Thornhill’s costs were around £750,000, and that ‘the claimants could have got out of this way before trial without having to pay any of Mr Thornhill’s costs at all’.

The court heard Thornhill’s total costs were around £2.3m, including over £100,000 since the court’s ruling was handed down, mainly spent on instructing specialist costs lawyers, while the claimants’ overall costs budget was £4.2m.

The claimants said any payment on account should be £1.14m, a figure based on the deed of indemnity provided by Thornhill’s insurers as security for costs. But Adam sought a payment of £1.8m, saying the claimants’ ‘hard-nosed insurers’ had negotiated a ‘substantial’ discount with their lawyers which should be taken into account.

‘They are backed by a heavyweight commercial litigation funder [Vannin Capital],’ Adam said. ‘This is their business, this is what they do – they paid money, they hope to get large chunks of damages out – losing is an occasional hazard.’

Zacaroli ruled Thornhill had been ‘overwhelmingly successful’ at trial and ordered a payment on account, giving the claimants 28 days to pay after hearing that Vannin needs to go through ‘various internal fund procedures’ to arrange the payment.