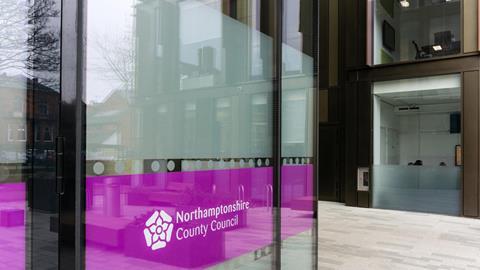 Will the country’s first ‘social enterprise law firm’ reignite council interest in ABSs and inspire other lawyers in local government to follow in its footsteps?

Public spending watchdog the National Audit Office timed its latest report on the financial sustainability of local authorities perfectly. This highlighted the eye-watering extent of spending cuts, hours before council lawyers converged on Bristol for this year’s Lawyers in Local Government weekend school.

Since 2010, local authorities have suffered a 49.1% real-terms reduction in Whitehall funding, slashing their spending power by an average of 28.6% in real terms. In 2016/17, councils overspent on service budgets by £901m. Last month, for the first time in eight years, one council formally indicated that it risks spending more than the resources it has available, which would be unlawful. More councils could follow, the watchdog warns.

Dwindling budgets have forced in-house legal teams to explore ways to reduce spend and/or generate income, whether partnering with other legal teams in a shared services arrangement or setting up an alternative business structure enabling them to act for any client and generate surplus profits.

However, the attraction of the commercial route seems to have waned. In 2014 several councils were excited about the prospect of setting up an ABS – indeed, it was the subject of a plenary session at the 2015 weekend school. This year, commercialising the legal team was one of multiple breakout sessions, which suggests the sheen has worn off considerably. You are more likely to hear lawyers utter the initialism ‘GDPR’ than ‘ABS’.

That said, a relatively new type of public sector vehicle could inspire lawyers into rethinking their ABS plans. LGSS was set up in 2010 as a shared service between Cambridgeshire and Northamptonshire. LGSS Law Ltd was created five years later after the councils were granted an ABS licence. Central Bedfordshire joined 12 months on.

According to its executive director Quentin Baker, what makes LGSS Law stand out from the crowd is that it is the first ‘social enterprise law firm’ in the country.

He told the weekend school: ‘It’s a business driven by a clear purpose – supporting the work of frontline staff delivering services to communities. We work for the public sector and not-for-profits. We do not want to do anything else.’

What the firm is not, Baker stressed, is a hippy commune. ‘We’re very businesslike. We’re structured much like any other law firm but [with] key differences.’

LGSS Law currently has around 160 lawyers and support staff, with four branch offices. Turnover has risen by 45% to £9.5m since business began. ‘What’s so innovative about us?’ Baker asked. ‘We have no equity partners taking profit out of the business. The clients own the firm.’ Other key benefits include economies of scale (‘I manage quite a few legal teams. Size matters,’ Baker said) and specialist teams.

Setting up a trading vehicle will not necessarily be plain sailing, Baker warned. ‘Persuading senior officers and members in your local authorities that your idea is credible and worth a punt – members and officers are notoriously risk-averse. They are clueless about the internal workings of a law firm. It’s not a normal trading activity. Most of the public do not understand it. There are very few local authority-owned law firms out there.’

Baker advises lawyers to keep elected members at arm’s length from the new company’s operation. ‘Their thoughts and aspirations are not aligned with the business. If you get two of them and they’re from different parties, board meetings will [fluctuate] between different ideologies,’ he added.

Getting an SRA licence may take a while, Baker warned. The SRA has a target of completing applications in an average of three months; the current average is 1.4 months. However, the regulator stresses that each application is different and determined by the facts. A more complex application could take longer. Prospective ABS applicants are advised to get in touch with the regulator at the earliest opportunity so they know what is required for the SRA to make a decision.

Another interesting aspect of LGSS Law’s model is the decision to consolidate billing. This is a complicated task, but apparently not as complicated as getting some to pay the bill because, Baker explained, ‘you become a company overnight, culturally you become a supplier’. LGSS Law is currently chasing a £2m bill. ‘With a turnover of £9m a year, that’s quite a lot,’ Baker said.

Away from vogueish new business models, a more prosaic yet desperately urgent challenge is social care for the elderly. The NAO reports that two-thirds of local authorities with social care responsibilities drew down their financial reserves in 2016/17 – and those reserves are depleting fast.  Lawyers will be busy identifying their council’s role and responsibilities in new integrated care systems which, NHS England says, are key to sustainable health and care improvements. Integration, lawyers were told at the weekend school, is ‘difficult but necessary’.

The NAO says the local government sector has done well to manage substantial funding reductions since 2010. But financial pressure has increased markedly; councils face new demands and cost pressures; and the statutory obligations remain the same. One section 114 notice has already been issued preventing all new spending (by Tory-run Northamptonshire). More are predicted to follow.

A talking point among lawyers was the mammoth task of ensuring their local authorities are compliant with the EU General Data Protection Regulation, which comes into force on 25 May.

Under the regulation, the Information Commissioner’s Office will be able to impose fines much bigger than the current £500,000 limit that the UK’s Data Protection Act allows.

Information commissioner Elizabeth Denham says: ‘It’s scaremongering to suggest that we’ll be making early examples of organisations for minor infringements or that maximum fines will become the norm.’ Organisations that are already DPA-compliant have little to fear, Geldards partner Lowri Phillips told the weekend school:  ‘You’re a good way toward achieving GDPR compliance.  The problem we’re finding is not a lot of organisations are DPA-compliant.’