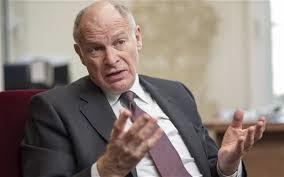 Last month the Judicial Appointments Commission opened a selection exercise for 116.5 circuit judges, reflecting an ‘unprecedented number of vacancies’ on the circuit bench. But how successful the commission will be in filling those slots remains to be seen, amid evidence that the judiciary has a recruitment crisis on its hands.

Over the past few weeks, the House of Lords constitution committee has been hearing evidence on what deters practitioners from applying to the bench. And when it comes to solicitors, one reason stands out – lack of support from their law firm colleagues.

Lord Neuberger, president of the Supreme Court, told the committee: ‘Many solicitors tell me from direct experience that if their partners discover they have applied to become a part-time judge, that doesn’t always lead them to be frozen out, but it can lead them to be effectively reduced in importance in the firm because of the way solicitors work.’

Neuberger indicated that this is a big issue among City firms. ‘While they say they are happy for their partners to become part-time judges, the actuality is slightly different from what they say. It is something which should be addressed, because there are an awful lot of first-class solicitors out there who would make first-class judges, and I think their working environment and position in the firm make it difficult for them to apply.’

As Lady Hale, deputy president of the Supreme Court, pointed out to the committee, ‘it’s the difference between practising in partnership and practising as sole practitioners’.

‘One has to think of ways in which that could be got round. I have no solution.’

Latest figures from the Judicial Appointments Commission also show that the proportion of solicitor candidates decreases significantly through the process from application to recommendation, in both the district judge (magistrates’ court) and deputy High Court judge exercises.

Neuberger and Hale are not the only ones to point out the lack of support solicitors have received from law firms.

Last month Judicial Appointments Commission vice-chair Lord Justice Burnett told the committee: ‘The reality is that those applying, particularly for part-time appointments, are likely to do so in their forties, which is the time when most professionals are at the height of their earnings power. Thus it’s not necessarily welcome to the partners of a big law practice to see someone devoting time elsewhere and seeing his or her ambitions are moving in a different direction.’

Amid the gloom, one solicitor’s progress is a much-needed bright spot.

Briony Clarke, a partner at Essex and Suffolk firm Taylor Haldane Barlex, became the youngest female judge in the country last month, when the 31-year-old was sworn in as a deputy district judge (magistrates’ court) at Chelmsford Crown Court.

What was particularly striking about Clarke’s story was the pride felt by her firm, evident in a statement posted on Taylor Haldane Barlex’s website.

The firm said: ‘This is a prestigious appointment that reflects her ability as a criminal advocate. We believe she is the youngest female applicant to have been successful. It is without doubt an extraordinary personal achievement and the partnership are absolutely delighted for her.’

Of course, law firms are not solely to blame for the worryingly low number of solicitors applying to the bench.

Family solicitor and recorder Anna Nice told the committee that geographical issues may be deterring solicitors from pursuing a career on the circuit bench.

Nice said: ‘You’re expected to commit to a circuit. The western circuit stretches from Swindon to Penzance to the Isle of Wight… It’s possible people might not apply or defer applying if they have no prospect of being anywhere near where they live.

‘Should people be expected to move to where the courts are? Some have made heroic efforts to do that. But there are many who cannot move their entire household [because of] partners who are working, or children in school.’

She added: ‘The sort of job we’re talking about is incredibly stressful. I do not want to live away from my family in rented accommodation all week. I want to live with my family and have that support.’

Nor are firms to blame for the technical glitches that hundreds of solicitors have experienced in the latest competition for 100 recorder places.

In the latest round, the Criminal Bar Association reported that tests were being emailed to some candidates several minutes before scheduled start times, resulting in some of the allocated time being used before the test was started. There were also reports of some applicants not receiving emails.

But getting over such hurdles will be worth it in the end, right? Law Society president Robert Bourns told the committee he understands solicitors, especially senior solicitors not accustomed to dealing with rejection, can apply nearly three or four times before they are appointed. ‘Solicitors would find that difficult, to keep continuing to volunteer for that process,’ he said.

The Law Society’s Solicitor Judges Division aims to increase the number of solicitors in the higher judiciary, and encourages those with diverse experience and backgrounds to apply for judicial posts. Click here for more information.