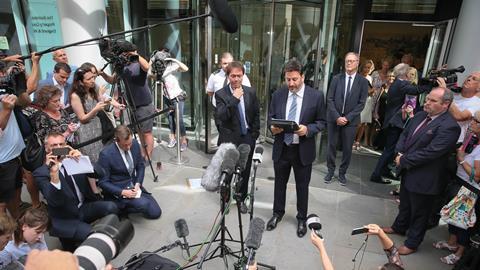 Sir Cliff Richard’s legal battle with the BBC fuelled debate about pre-charge anonymity. Now high-profile cases ZXC and Sicri have highlighted that courts will no longer tolerate invasions of privacy

Whether individuals under criminal investigation have a reasonable expectation of privacy in relation to the fact of the investigation is not simple. The case for identifying suspects includes, for example, that it can lead to other complainants coming forward.

However, public figures – most prominently, Sir Cliff Richard – have had their good names tainted by allegations that were made public but never led to charges. Richard v BBC was certainly not the first time the question of pre-charge anonymity was considered by a senior judge. Sir Brian Leveson, in his inquiry report, recommended that the police should release suspects’ identifying details only in exceptional circumstances.

Former High Court judge Sir Richard Henriques later wrote in his report on the Metropolitan Police’s handling of historical allegations of how a reputation ‘can be extinguished in an instant’. ‘Statutory protection of anonymity pre-charge is essential in a fair system,’ he said.

But Mr Justice Mann’s statement in Richard that ‘an accused should at least prima facie have a reasonable expectation of privacy in respect of an investigation’ appeared to shift the dial.

The Society of Editors, which said Richard ‘undoubtedly created a chilling effect’, was up in arms about the Court of Appeal’s ruling in ZXC v Bloomberg – which was considered by the Supreme Court last week.

In ZXC, Lord Justice Simon seemed to go further than Mann when he said that ‘the law should recognise the human characteristic to assume the worst’, that ‘there is no smoke without fire’. The courts must recognise that some ‘overlook the fundamental legal principle’ that people are innocent until proven guilty.

Bloomberg’s barrister Antony White QC last week argued this did not give enough weight to the public’s understanding of the presumption of innocence. He said the distinction between ZXC’s alleged criminal conduct and information about a law enforcement body’s assessment of that conduct by the courts below was ‘without precedent’.

But ZXC’s barrister Tim Owen QC replied: ‘There is nothing novel, radical or surprising in the judgments of the courts below.’ The Court of Appeal simply recognised the ‘developing consensus concerning the privacy rights’ of suspects under investigation.

As Mann in Richard and Simon in ZXC emphasised, a reasonable expectation of privacy is the ‘general rule’. Owen argued last week that the general rule was ‘not universal or invariable’.

Indeed, the fact that some media organisations identified Wayne Couzens as the suspect in Sarah Everard’s murder before he was charged attests to the absence of any blanket rule.

But it might also be instructive to take a look at the facts of Richard and the more recent High Court decision of Sicri v Associated Newspapers, as well as ZXC. The BBC filmed a police raid on Richard’s home and ‘immediately gave prominent and extensive television coverage to it, as it was happening and thereafter’, Mann noted.

In Sicri, an innocent man of Libyan heritage was arrested shortly after the terrorist attack at the Manchester Arena because his mobile number was found on Salman Abedi’s phone.

It was coincidental: Abedi simply called him to ask him to change Libyan dinars into sterling. Sicri was arrested a week after the attack and, though the police did not identify him, MailOnline did. The article remained online for more than six months after he was released without charge.

And what of ZXC? He sued Bloomberg for reporting details of a confidential letter of request sent by an unnamed law enforcement body to a foreign government seeking mutual legal assistance in relation to its investigation into possible offences, including corruption. But Bloomberg had already written an article stating that ZXC had been interviewed as part of the investigation. While ‘highly displeased’ with this article, ZXC took no legal action and his solicitor provided a comment for publication.

So where does this leave us? There remains scope for identifying suspects under investigation pre-charge. In ZXC, Simon gave examples of activity so public it could reduce or even extinguish any reasonable expectation of privacy. These include rioting or electoral fraud.

But the three cases of ZXC and, in particular , Richard and Sicri show as much as anything else that invasions of privacy by large media organisations will no longer be tolerated by the courts as they were in decades gone by.

Pictured above: Sir Cliff Richard speaks to the media after winning his case against the BBC