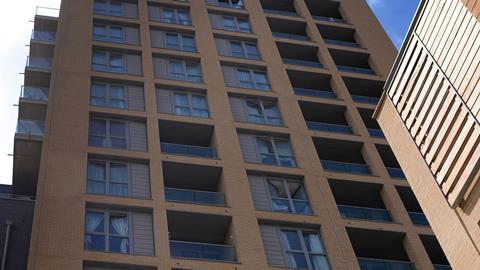 The Law Commission believes commonhold could be an attractive alternative to leasehold, dissipating the perception that ‘leaseholders don’t truly own their home’. But lenders need convincing

Nearly 20 years after the principle was introduced, the Law Commission wants to ‘reinvigorate’ commonhold as an alternative to leasehold. In its much-awaited report on leasehold enfranchisement, the commission notes that current law leaves leaseholders ‘feeling like they don’t truly own their home’.

Commonhold, which allows a person to own a freehold flat with shared responsibility for common areas, could change that feeling. The concept was introduced in 2002 but struggled to gain traction, with fewer than 20 commonhold developments built. The procedure has been criticised for not being flexible enough to cater for larger, more complex developments, while mortgage lenders are reluctant to lend.

The commission says its recommendations would ensure the commonhold regime offers not just a workable alternative to residential leasehold for all involved, but a preferred alternative.

Under its blueprint, the requirement for leaseholders and interested parties unanimously to agree to convert to commonhold would be removed. Developers would be able to build commonholds in phases so they can respond to the changing needs of their site as building progresses. The regime would accommodate shared ownership leases and home purchase plans. There would be a robust financing regime. The commonhold rule book would be reformed to make it easier for owners to understand their rights and obligations. Lenders would have greater certainty.

The recommendations have been cautiously welcomed.

Birmingham-based sole practitioner Sarah Dwight, a member of the Law Society’s Conveyancing and Land Law Committee, says: ‘There has been a low take-up of commonhold in the past, so there needs to be encouragement to use it, perhaps incentives for using it and disincentives for leasehold. We would need to look at the present commonhold system, using this as an opportunity to amend and improve it. And we would need to ensure that there are adequate transitional provisions and agree introduction dates so markets have time to adapt.’

Lenders’ support is vital. Janet Armstrong-Fox, head of private client property at Collyer Bristow, says: ‘Recently there have been signs of lenders growing less wary, but until lenders generally are more comfortable with commonhold and have a better understanding of it, the perceived limited availability of mortgage finance for commonhold homebuyers could be the biggest stumbling block.’

Professor Nick Hopkins, the law commissioner for property, has written an open letter to mortgage lenders, outlining the steps the commission has taken to address their concerns.

Guy Osborn, head of commercial property and leasehold reform at Osbornes Law, says: ‘The leasehold model allows for both the sale of individual flats and the property’s freehold, whereas the commonhold model deprives developers of a valuable, saleable asset. If government is really serious about reforming the housing market they will need to provide developers with a financial incentive, or ban new builds from being sold as leasehold altogether.’

The commission also came up with recommendations to improve the leasehold enfranchisement and right-to-manage regimes. Even if commonhold takes off, the commission points out that millions of leasehold properties will remain. It is vital, therefore, that leaseholders can benefit from enfranchisement rights that are fair and fit for purpose. They may want to exercise right-to-manage if they do not have the funds to purchase the freehold or the property does not qualify for collective freehold acquisition.

Housing minister Luke Hall says the government will ‘carefully consider’ the recommendations. Last week the Ministry of Housing, Communities and Local Government announced a relaxation in planning rules along with the promise: ‘This month the government will set out plans to reform England’s seven-decade-old planning system to deliver more high-quality, well-designed homes, and beautiful and greener communities.’

The extent to which commonhold plays its part in this vision remains to be seen – but experts expect to see draft legislation in mid or late 2021.