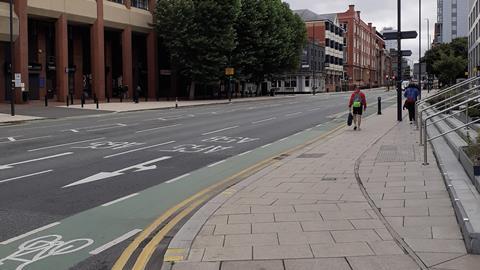 News focus: Searching for signs of life in our urban legal districts

Government attempts to nudge people back into the office have fallen flat. In a city like Leeds, where an entire infrastructure has grown dependent on workers’ trade, they need people back

Within an area about the size of the Elland Road football pitch, I counted at least a dozen cafes and businesses closed in the legal district of Leeds earlier this month.

Shutters up, notices in the window and unopened mail on the doorstep have become a common sight in the city centre as the impact of six months without passing office workers hit home. For those working from home who have yet to venture back into town, it might be worth checking if their favourite sandwich shop is even still going.

When the government talks about nudging people back into the office, it is not just London that is affected. In Leeds, where an entire business services ecosystem has grown to the west of the railway station, they need people back.

Glenn Cooper, owner of the Sociable Folk cafe in Wellington Place, home to a number of law firms, reopened in September after being closed throughout lockdown.

‘High-volume businesses like ours can’t survive with a small drop in trade, never mind 50%,’ he said on the second day back. ‘We’re looking at doing 60% of what we would have expected at this time of year. We’re hoping the schools going back will mean more workers in the offices.’

Cooper’s cafe has a track-and-trace system in place for sit-down customers and reduced capacity. He says customers are sensible and sticking to guidelines, but there remains a constant threat of further restrictions.

‘Our big worry is that Leeds is put on the watchlist because the infection rate has gone up. Fewer people coming into the office means it’ll get harder and harder.’

One pub worker in the area told the Gazette that trade had picked up during the Eat Out to Help Out scheme but had dropped to 50% of what they would normally expect since. 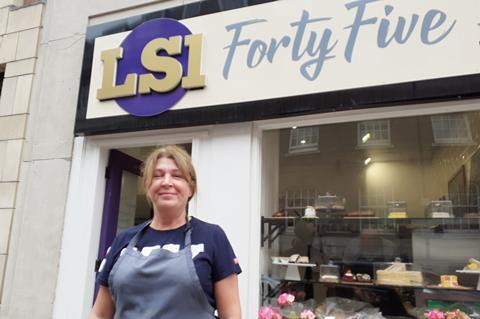 Clare Clark, joint owner of LS1 Forty Five in St Pauls Street, said the business opened eight weeks ago and had seen a steady trade since. A queue of customers last Tuesday lunchtime suggested there is demand from nearby law firms and chambers.

‘We opened when we saw cars parked in the street but there doesn’t seem to be anyone else open,’ she said. ‘You have to be optimistic. We can only have one person or group in at a time but we’re busy.’ 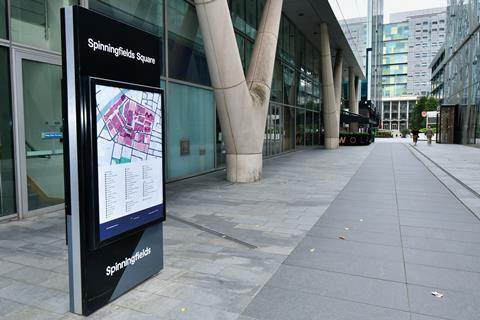 At lunchtime last Friday, Manchester’s Spinningfields district, which in normal times bustles with employees of and visitors to firms such as DWF and Pinsent Masons, as well as to the Crown court, magistrates’ court and Civil Justice Centre, was virtually deserted. The Spinningfields branch of Carluccio’s was one of those permanently closed when the chain was rescued in May.

Law firms in the area are alive to the problem of a diminishing number of places to feed their staff. Gordons LLP, based in Leeds and Bradford, paid for all its staff in the office to get breakfast from Sociable Folk last week after hearing the business was open again.

Partner and operations director Victoria Davey said: ‘There are so few offices back. It matters to us that these cafes and restaurants are open because we want them to be there for the long run.

‘The main driver of us getting people back was our teams working together, but there are also businesses that need us. No one wants to come back to the office and be asking where all the shops have gone.’

Gordons can have around half its staff in at any one time, partly because it operates over three floors and can more easily keep staff at a safe distance from each other. Partners went back first, in mid-May, to test whether it could be achieved within the guidelines.

‘It has taken a huge amount of organisation but it was great to have people back in,’ Davey said. ‘Working from home worked but it was not the same. For some it felt like living at work rather than working at home.’

Malcolm Simpson, managing partner of Leeds firm Walker Morris, says staff have been ‘gently encouraged’ to come back into the office, which can hold around a third of normal capacity at any one time.

Chancery Lane in the heart of legal London has been closed to daytime traffic since last month under the City of London’s programme to create space on City streets. The Chancery Lane Association, which represents local businesses, says it is now working with the City to reactivate the street. 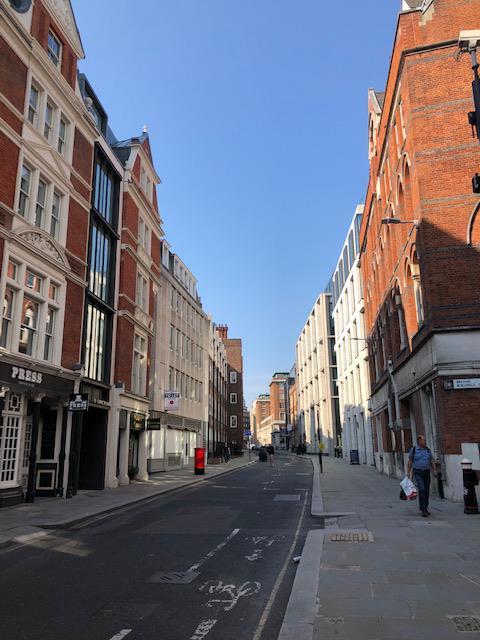 ‘For starters, we can expect a parklet in two of the suspended parking spaces and we’re also borrowing bistro furniture to create a picnic space in Cursitor Street,’ the association’s Nicola Frost said. ‘We hope there’ll be things we can do around Christmas, outdoor carol singing for example, a gift drive, but obviously we’re watching how the rules on social distancing pan out. We just need people to know that there are things worth coming back into town for.’

Like Gordons, the firm was able to work remotely but was keen to reopen the office for those that wanted it – and especially trainees who would benefit from working alongside senior colleagues.

Simpson said the government guidelines were seen as a ‘minimum’, with the firm doing temperature checks for everyone coming in and effectively working its own track-and-trace system for individual teams.

‘We felt we lost something [working from home],’ he said. ‘We were very anxious not to lose the culture we’d built up, which was about collaborating and feeling part of something.’

The firm has started talks with local businesses about setting up an incentive scheme for staff to use them. Simpson believes there is a responsibility to support local infrastructure.

‘It would be nice to see a few more firms getting people back in. That has been a little bit of a disappointment for me – some firms have said they will not reopen this year [but] I don’t understand what is going to change in January.’

No firm is going to force reluctant workers to come in against their will, particularly in a region where the infection rate is relatively high. But there remains a worry that the symbiotic relationship between offices and local businesses is under threat. The allure of coming into the city is dependent on there being a thriving social side to attract people. If ‘the office’ is to survive at all, the cafes, restaurants and pubs which feed and water them must weather this storm.

While many city centre offices remain empty or with a fraction of their normal staff, reports suggest that firms in smaller towns or villages have been able to get most people back into the workplace.

Buildings with more individual offices as opposed to open plans, those more outdoor space, and those one just one or two floors appear to have found the process much easier, particularly in comparison to firms in multi-storey buildings where the queue for a limited-capacity lift makes just getting into work a challenge.

Numerous firms in smaller locations have contacted the Gazette to say they have most if not all staff back. Levins Solicitors in the village of Huyton, just outside Liverpool, reopened its office in June and has the majority of staff in.

Partner Jon Heath said: ‘We have installed screens at reception and between desks. Masks and hand sanitizers are available for all and replenished frequently. We are rotating staff so that most rooms have no more than two occupants on any given day.’

Kerry Underwood, senior partner at Hemel Hempstead firm Underwoods Solicitors, said 20 out of 22 staff were back at work. He explained that the firm’s listed building premises has two staircases so a one-way system could be installed. Most new clients, he added, had also requests to come into the office, despite the firm being set up for online meetings.

James McNally, a Taunton-based partner from south west firm Slee Blackwell, said: ‘We are fortunate that our office accommodation lends itself to distancing. Desks have been rearranged, screens put in place and traffic routes worked out and so with a bit of creative thinking (and a dose of common sense) we have been able to reopen all five offices.’