News focus: Serious Farce? Where now for the SFO and Lisa Osofsky

The Serious Fraud Office suffered a bruising 24 hours or so last week which left one investigation in tatters, increased the pressure on under-fire director Lisa Osofsky and raised existential questions about the agency’s future.

Its successful prosecution of four men for alleged bribery connected to Monaco-based energy consultancy Unaoil was once hailed by Osofsky as proof of the SFO’s ‘determination to root out and prosecute corrupt practices in all corners of the globe’.

By March 2021, all four had been convicted of paying bribes to secure lucrative oil contracts in post-occupation Iraq and sentenced to a total of nearly 15 years in prison, in what campaigners described as a ‘much-needed win’ for the SFO.

It still felt like a pyrrhic victory: the SFO’s attempt to extradite Cyrus and Saman Ahsani, Unaoil’s chief executive and chief operating officer, to the UK from Monaco failed following an apparent turf war with the US Department of Justice (DoJ).

Instead, the pair pleaded guilty in Texas where they await sentencing, while their father and Unaoil’s chairman Ata Ahsani paid a penalty of $2.25m (£1.86m) and faced no further action, leaving some SFO officers unhappy the DoJ had ‘snatched away’ the Ahsanis. 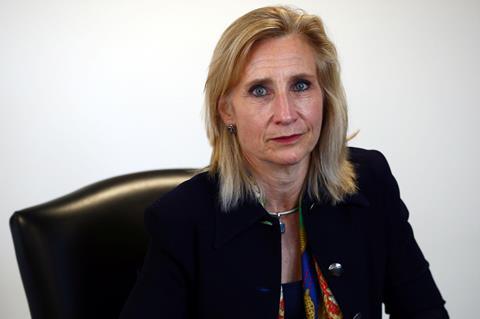 But even what remained for the SFO has now unravelled after the third of the four men jailed as part of the Unaoil investigation won his appeal last Thursday, less than an hour after a scathing review of the watchdog’s ‘fundamental’ failures on the case was published.

Sir David Calvert-Smith – a former High Court judge and ex-director of public prosecutions – was not as damning in his review as some commentators expected. He concluded that certain errors were ‘unavoidable’ and noted that Osofsky accepted she had made a series of ‘mistakes and misjudgements’.

Much of the focus has inevitably been on Osofsky and other senior SFO officials’ previously undisclosed contacts with David Tinsley, a former US Drug Enforcement Administration agent who acted as the Ahsanis’ ‘fixer’, contacts which the Court of Appeal in Akle’s case said were ‘wholly inappropriate’.

Tinsley runs Florida-based 5 Stones Intelligence, ‘the first and only Judeo-Christian intelligence agency and protective intelligence service in the world’, and met with Osofsky just weeks after she became SFO director in August 2018, offering ‘potential collaboration opportunities’.

Tinsley told the SFO that he could persuade Unaoil’s former Iraq partner Basil Al Jarah, 73, to plead guilty – which he ultimately did. Basil Al Jarah was jailed for three years and four months for paying more than $17m (£14m) in bribes to secure contracts worth approximately $1.7bn (£1.4bn).

Tinsley told the review that he ‘objects to the description of his role as that of “fixer”’ – though that was how the Court of Appeal referred to him – and denied approaching either Al Jarah or Akle, saying any suggestion that he operated without the knowledge of their lawyers was ‘false’.

Calvert-Smith said the SFO should not have taken ‘the opportunity presented by the possibility that the Unaoil case could be “wrapped up” with pleas from Basil Al Jarah, Ziad Akle and Paul Bond either in the US or in the UK without the need for costly trials and presented as a triumph for the new SFO regime’.

'We could not believe that senior management had been so ready to accept the promises offered by [David Tinsley]… To be blunt, we thought that anyone with an ounce of investigative nous would have seen right through him'

He was also critical of the apparent ease with which Tinsley could contact Osofsky, revealing that his attempts were so persistent that Osofsky’s chief of staff arranged for any email addressed or copied to her from Tinsley to be automatically redirected without her knowledge.

Calvert-Smith recommended that contacts concerning current investigations or prosecutions should be ‘immediately “rerouted” and that no further direct access to the [director] is allowed’.

Some junior SFO officers – whose names have been redacted ‘in line with standard government practice’ – raised the alarm about the agency’s interactions with Tinsley. One member of the case team said that ‘we could not believe that senior management had been so ready to accept the promises’ offered by Tinsley, adding: ‘To be blunt, we thought that anyone with an ounce of investigative nous would have seen right through him.’

Another, who told the review of their regret that it took so long for the SFO to ‘shut [Tinsley] down’, said they felt ‘powerless in view of the pressure from above’ – which accords with the review’s finding that SFO officials perceived the fixer as having Osofsky’s ‘blessing’.

Calvert-Smith also criticised the SFO’s poor record-keeping and ‘inadequate resourcing’ and bemoaned the ‘distrust between the case team and senior management’, caused in part by the suspension and dismissal of the Unaoil case controller, Tom Martin.

By coincidence, last Friday Martin – who was alleged to have called a Federal Bureau of Investigation agent a c**t in a London pub, which he denied – saw off the SFO’s attempt to overturn an employment tribunal’s decision that he had been unfairly sacked.

Martin was suspended in July 2018 the day after a senior DoJ official, who had previously objected to his alleged ‘disrespectful conduct’, sent the SFO a memo from Saman Ahsani’s lawyers which ‘raised various complaints’ about Martin.

The employment tribunal, which last year upheld Martin’s claims of unfair dismissal and breach of contract, found that the conclusion that the DoJ and Saman Ahsani’s defence team ‘wanted [Martin] removed so as to prevent difficulty with their joint wish to have Mr Ahsani extradited to the USA’ was ‘inescapable’.

The SFO challenged the decision at the Employment Appeal Tribunal, which dismissed all of its grounds of appeal apart from one in relation to whether the tribunal failed to make a reduction for any ‘contributory fault’ in relation to Martin’s compensation.

Martin said he is ‘delighted with the outcome’, while the SFO – which was refused permission to appeal, but may apply directly to the Court of Appeal – said it was ‘pleased’ that the issue of whether Martin contributed to his dismissal had been remitted to the tribunal.

The SFO’s handling of the Unaoil case was not the only matter that was subject to a damning review last week: the collapse of the case against two former directors of outsourcing giant Serco after disclosure failings – which landed the watchdog with a £2.7m costs bill – was also in the crosshairs.

Brian Altman QC, a leading criminal barrister who was commissioned by the SFO to review the Serco case, said there had been ‘systemic problems of real concern’ in relation to the SFO’s disclosure in that case, including that the appointed officer’s ‘inexperience should have disqualified him from appointment as disclosure officer on such a large and complex case’.

Osofsky said in a statement that ‘implementing the recommendations’ made by Calvert-Smith and Altman is ‘our pressing priority’.

‘The reviews are a sobering read for anyone who believes in the mission and purpose of the SFO, but from the outset we wanted to establish what happened in these two cases and use the findings to improve our performance,’ she added.

Attorney general Suella Braverman said that ‘a clear plan of action to respond to the [Calvert-Smith] review recommendations has been developed’, but made clear that she will be ‘closely monitoring the SFO’s progress and delivery of that plan’.

The latest firestorm comes just months after a High Court judge found that the agency induced breaches of duty by a senior lawyer representing Eurasian Natural Resources Corporation (ENRC), a multinational mining company formerly listed on the FTSE 100, during an SFO investigation.

Mr Justice Waksman – who heard from former SFO director Sir David Green QC that the watchdog was known as ‘Nightmare on Elm Street’ and the ‘Serious Farce Office’ under his predecessor Richard Alderman – found the SFO induced the breaches out of ‘bad faith opportunism’.

'The [Calvert-Smith and Altman] reviews are a sobering read for anyone who believes in the mission and purpose of the Serious Fraud Office, but from the outset we wanted to establish what happened in these two cases and use the findings to improve our performance'

Osofsky – who was not at the SFO at the time of the events leading to ENRC’s claim – may stand down as director when her five-year term ends in August 2023, although in February she told MPs that she had not decided whether or not to seek another term.

The next director, whoever it may be, faces a daunting task despite two significant successes in 2022: Glencore pleaded guilty to seven counts of bribery relating to its oil operations in Africa in June, just days after two men were jailed for defrauding investors with a green investment scam.

However, the aftermath of the Unaoil case – the bill for which may well top £5m – might not even be their biggest problem after reports this week that the SFO has been asked to model the impact of cutting staff numbers by up to 40%, despite the watchdog bringing in roughly five times its budget in fines and confiscations.

Anti-corruption charity Spotlight on Corruption, which said after Calvert-Smith’s review was published that the SFO is ‘too important… to be allowed to fail’, warned that such drastic cuts would ‘completely undermine the UK’s ability to fight economic crime’.

Many years ago, Theresa May – first as home secretary, then as prime minister in the Conservatives’ 2017 general election manifesto – was keen on subsuming the SFO into the National Crime Agency, but met with resistance from white-collar crime lawyers and campaigners.

As the dust settles on the SFO’s latest disclosure debacle, one wonders how many would still come to the watchdog’s defence if the next occupant of No 10 decided to go ahead with that plan.