APIL’s conference did little to dispel the perception of a personal injury sector perpetually in crisis, and the Civil Liability Bill will pile more pressure on beleaguered practitioners.

Lord Keen of Elie showed a sense of mischief when he thanked the Association of Personal Injury Lawyers for its help in creating a lawyer-less claims system. The justice minister, speaking at the association’s conference in Birmingham last week, will surely have guessed many of those listening would be dismayed to hear of turkeys helping to lay the table for Christmas dinner. 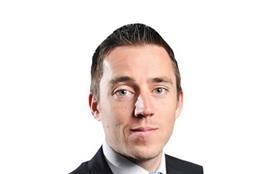 But what choice did the organisation – which maintains clients always come first – have, but to assist with the proposal for a portal fit for litigants in person? Solicitors may not like it, but staying out of the process leaves victims at the mercy of insurers and civil servants. ‘We have to try and make it work as well as we can for the litigants in person,’ said APIL president Brett Dixon, who was elected for a second term. ‘Our focus is on the LiP and not law firms – sure you have to be in business, but the focus is always on injured people.’

This was the first conference since the government confirmed plans to proceed with the Civil Liability Bill, slashing whiplash damages while simultaneously increasing the small claims limit to £5,000 for RTA claims. This effectively stops lawyers recovering any costs for claims under the new limit – roughly 95% of the total.

Few are optimistic about the outlook for lawyers working on these claims, although fewer still expect the government to have the new system in place and tested by the target of April next year.

One owner of an established PI firm says his workforce will halve once the reforms are enacted. With claims worth as little as £250 to the client, even if they pay their lawyer a quarter of their damages, the costs of finding the claim and running it are simply too tight. 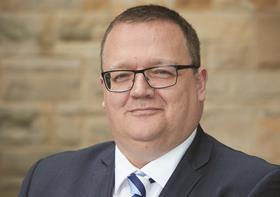 Dixon is more upbeat: ‘One of the things that may become important is unbundling. There will be a role for some firms to run it if they have the IT. But again, this is not about the firms, but the fact that where there has been a wrong there has to be a remedy.’

During one seminar, delegates were told that the reforms may not arrive until October 2019 at the earliest, giving a little breathing space for firms. Many questions are still unresolved, however. For example, who would pay for a medical if the defendant initially denies liability? And if this cost proves to be prohibitive for claimants, what is to stop insurers from simply denying liability in most cases?

‘There are so many unanswered questions,’ says Dixon, who throughout the last year has sat on steering groups trying to grapple with them. ‘[April 2019] was never a definite date, it was an aimed-for date. [The MoJ] are quite open that the date may have to be flexible. The IT requirements are on the challenging side of tough.’

Keen, who spoke for 20 minutes in a keynote address, gave few answers.  Critics noted his words were taken almost verbatim from MoJ press releases. Questions were not fielded and the minister was whisked off in a taxi before any delegates had the opportunity to grill him in person.

Before his exit, he gave no indication that the Civil Liability Bill might be watered down or its aims altered. 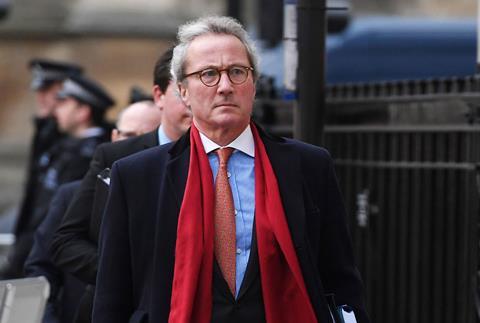 Keen: compensation ‘out of all proportion’ to any genuine injury suffered

‘The level of compensation paid out for [RTA] claims is, in the government’s view, out of all proportion to any genuine injury suffered, especially when balanced against the effect they have on the price of premiums paid by ordinary motorists,’ Keen told delegates. ‘This government remains committed to tackling the continuing high number and cost of whiplash claims, as well as ensuring that meritorious claims are backed by good-quality medical evidence, provided by properly accredited medical experts. This is the basis for our action in the Civil Liability Bill.’

Keen said the government ‘fully expects’ insurers to pass on the savings they will make to consumers through reduced premiums. He added that pledges from the insurance sector will be monitored and ‘further action’ taken if necessary. APIL members will not be holding their breath.

After the minister’s departure, the conference focused on what role APIL and lawyers will have more generally after the bill comes into force. More than one lawyer confessed in private that they tend not to tell people they meet what they do for a living, or at least leave out the part about personal injury.

Lawyers remain proud of their work though and insist they hold the moral high ground (compared with insurers). But for some there are perceived advantages in shedding the toxic ‘ambulance chaser’ tag. The conference, as usual, had a heartwarming section dedicated to a seriously injured accident victim and what lawyers did for his recovery. It works well in the echo chamber, but wider recognition is elusive.

In this respect, Neil Hudgell, owner of the eponymous national firm, said the bill may even prove a positive development. The theory goes that with PI lawyers focusing solely on higher-value work, they can more easily demonstrate their worth to wider society and win hearts and minds (and crucially stay off legislators’ radar for a while).

Hudgell told the conference that they could not be blind to the poor behaviour of some in the profession.  ‘No one suggests whiplash claims are not genuine, but they don’t get people’s pulses racing like genuinely serious stuff,’ he said. ‘The lower end of the market is where we have problems – we [his firm] come across really appalling situations. I interpret “exceptional client care” in the positive sense, but some people treat it as otherwise.’

Dixon says APIL will not ‘sacrifice’ members doing lower-value work on the altar of public perception, but some lawyers admit they will welcome the chance to clean up the sector after the bill comes into force.

Personal injury law seems perpetually in crisis and this conference lacked for nothing in bemoaning a government intent on appeasing the insurance lobby. But the sector appears durable notwithstanding. This bill, surely more than any other set of reforms in recent years, will put that characteristic under the most intense pressure and prompt PI lawyers to reconsider exactly what it is they do and how they want to be regarded.