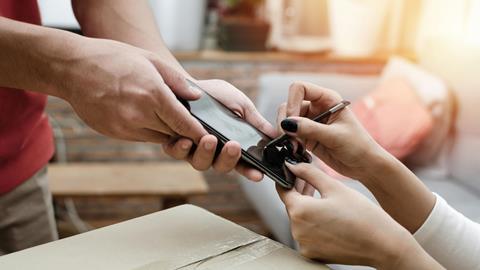 For a body not normally known for brevity, the Law Commission pulled off a notable trick last week. It published a simple eight-paragraph statement of how the law in England and Wales stands on documents executed with electronic signature.

The verdict: such signatures, which might range from a squiggle on a courier’s pad to an encrypted code generated by a security dongle, are as valid as the traditional ‘wet’ signature and admissible as evidence in proceedings so long as the usual rules on signatures are met.

The commission notes that the common law has always been flexible in recognising diverse types of signature, including signing with an ‘X’, initials only, a printed name, or even a phrase such as ‘Your loving mother’. The courts likewise have accepted electronic forms of signatures including clicking an ‘I accept’ tick box.

This ‘accessible statement of the law’ will no doubt come as a relief to the government, which commissioned the study.

The conciseness and certainty are particularly impressive because the current law emerges from a wide range of authorities, including the common law, Westminster statute (the Electronic Communications Act 2000), Europe (the eIDAS regulation) and case law. While the Law Commission says the government ‘may wish to consider codifying the law’ to make it more accessible, in general the current portfolio is fit for purpose.

However any hope that with the issue finally settled we can now digitise all legal transactions may be in vain. Despite the overall general green light, the commission’s 124-page full report suggests loose ends remain.

One important point is that the report excludes two significant categories of document: wills and registered dispositions under the Land Registration Act 2002, which are the subject of separate reform proposals.

Another is the grey area over the witnessing of electronic signatures. In its consultation document last year, the commission proposed allowing electronic signatures to be witnessed remotely via video link. The final report is more circumspect, recommending that any requirement for a deed to be signed ‘in the presence of a witness’ currently implies physical presence. The practical issues of a future remote-witnessing process will need to be considered by an ‘industry working group’, the establishment of which is one of the commission’s core recommendations.

More fundamentally, the report acknowledges consultees’ concerns that the witnessing of electronic signatures is fundamentally impossible.

Finally, and most welcome, the commission’s report fires a shot across the bows of government efforts to set up an online process for applying for lasting powers of attorney. Numerous respondents to the Law Commission’s consultation said that allowing LPAs to be executed with an electronic signature would increase the risk of malpractice. The Law Society, for example, said it was strongly opposed to a fully digital process: ‘The removal of physical signatures removes an essential safeguard against abuse of a highly vulnerable sector of society’.

The commission agrees. It concludes that the Office of the Public Guardian and MoJ must ‘consider what is sufficiently secure and reliable for donors before introducing any system using electronic signatures’.

To maintain overall confidence in electronic signatures, the commission recommends that the industry working group consider practical and technical issues and provide best practice guidance for their use in different types of transactions. Among these are the obstacles to video witnessing. ‘Following this work, the government should consider legislative reform to allow for this.’

It also proposes a future review of the law of deeds, to consider broad issues about the effectiveness of deeds and whether the concept remains fit for purpose .

For all its opening statement of confidence, the report implies that wet signatures, where necessary witnessed and attested in person, will be with us for at least another decade into the digital age.