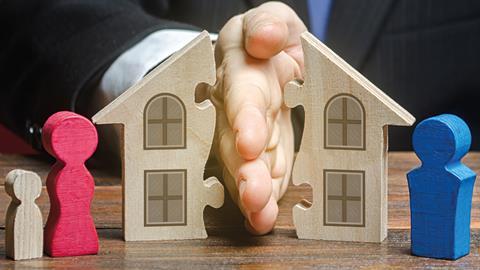 A new disputes service is at the heart of proposals from Justice to tackle housing disputes. But it would not be a court, tribunal or ombudsman – so where do solicitors fit in?

Justice, the influential thinktank, has never been shy of advocating radical reforms to promote better access to justice. Its latest report is no exception, proposing a ‘bold, ambitious’ model to resolve housing disputes.

To put the report into context, the government has mooted plans for a specialist housing court, providing a single path of redress for landlords and tenants. With housing disputes held in multiple courts and tribunals, the government says the process to settle disputes can be confusing and deter some of the most vulnerable people from seeking justice.

Justice concurs, saying too many find it difficult to enforce access to housing rights. Legal aid cuts have created housing ‘advice deserts’, while local authorities are struggling with rising demand for homelessness assistance.

Justice makes 54 recommendations, but the one that has many housing lawyers worried is the Housing Disputes Service (HDS). This would act as a first-tier rather than pre-action stage for disputes, at the level of and equivalent to the county court and first-tier tribunal. In the longer term, HDS would become the specialist dispute resolution body.

HDS would not be a court, tribunal or ombudsman. Justice says it would act as an arbiter, investigator, adviser and problem-solver, looking at all elements in a housing relationship on an inquisitorial basis. An investigation would include identifying, assessing and attempting to find solutions to the underlying problems giving rise to the dispute.

'A new approach to disputes, based on conciliatory methods, transparency and exploration of underlying problems should be explored'

There would be no hearings or parties’ lawyers. However, lawyers would be needed throughout the HDS process. They would advise clients on the merits of the case, engage with the other party through informal negotiation to broker a solution without recourse to the HDS and, where that fails, to signpost to HDS. If a claim needs to be made, lawyers would articulate the client’s position through written representations to the HDS. Clients would be advised following a stage two interim assessment, before a stage three ADR process. If necessary, lawyers would appeal a stage four adjudication to the court (where appeal is available as of right).

Justice says: ‘It is critical that the HDS does not function to deplete or diminish the corps of publicly funded expert housing lawyers. They will often be the first port of call. It is essential for access to justice that parties are able to have an opportunity to do so at stage two, before they participate in the stage three ADR mechanism. Above all, there need to be practitioners available at stage four to advise on and take appeals. This will require a government commitment to offer sustainable funding for legal advisers in the pilot and beyond.’

To ensure the system functions properly, the government may need to establish an HDS legal aid contract and/or a panel of independent lawyers.

HDS would be piloted in one metropolitan and one rural area where there are a significant number of housing disputes.

A housing dispute engagement group, courts and housing providers would agree the categories to be piloted in the first stage, with more categories of case being added as the pilot progresses. HDS possession determinations would be reviewed by a district judge. A prominent landing page for the service would include equally prominent signposting to independent advice and lawyers.

Justice acknowledges that a fully formed HDS ‘is likely to be many years away’ and looks at how current processes can be improved.

After reviewing the impact of legal aid cuts, the Ministry of Justice is looking to pilot face-to-face early legal advice in a specific area of social welfare law – which is likely to be housing. Justice says this advice should be piloted in a hospital. Legal aid categories should be changed so that mortgage possession claims sit in ‘debt’ and ‘housing’ to enable clients to get early advice and representation from a wide range of providers. Practitioners should be free to pursue ADR as part of an ordinary legal aid certificate.

Justice acknowledges not everyone supports its HDS proposal. However, with the government pitching a ‘new deal’ for landlord-tenant relations, Andrea Coomber, director, says ‘a new approach, based on conciliatory methods, transparency and exploration of underlying problems, should be explored’.