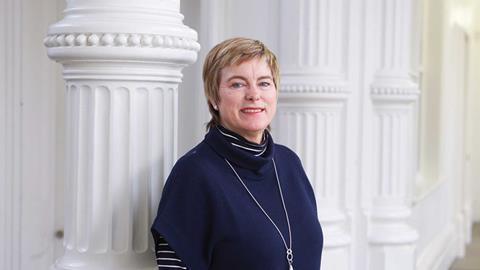 Third-time lucky. After a couple of iterations and a few final tweaks, the Solicitors Regulation Authority finally confirmed last week that it is to make all would-be solicitors take a centralised super exam from September 2020. The days of the graduate diploma and legal practice course are thereby numbered.

But there is a lot more to do. We do not yet know exactly what the exam will entail, except that it will be in two parts – the first to include ‘computer-based testing’ such as multiple-choice answers. The SRA cites academic studies that show computer testing is ‘providing a rigorous, reliable and accurate’ way of gauging ability.

A practical element that may be combined with work-based training will form the second part of the exam.

We also don’t yet know who will deliver the exam – an external assessor will be chosen following a tendering process expected to begin before the summer. Only then will work begin on the detail of the Solicitors Qualifying Examination.

Other ‘known unknowns’ include, critically, how much the exam will cost; and transitional arrangements for candidates already working toward qualification. Those arrangements will be consulted on this year.

By 2020, we may surmise, all that will stand between candidates and negotiating the first stage of their quest to be a solicitor could be several hours sat in a dusty hall, clicking at a computer screen – perhaps with an equally dusty invigilator patrolling serried ranks of desks.

But with so much yet to be determined, it is no surprise the profession remains guarded in its responses.

The Law Society was one of many critics of the SRA’s first consultation, successfully calling for the scheme to be modified to require a ‘degree or equivalent qualification’, as well as two years’ work experience. Last week Chancery Lane reiterated its ‘strong support’ for centralised assessment, while warning that the system must be ‘realistic’ regarding work experience.

One of the main catalysts for the SQE, of course, was a desire to widen access to the profession. Law firms will be confident that solicitors meet the same high standards if they take the same exam. Different routes to qualification will include ‘earn as you learn’ pathways, including apprenticeships.

Society president Robert Bourns said: ‘We will judge these reforms on the impact on accessibility and standards.

He added that having funding support in place will also be key to ensuring that talent and work ethic – and not background – determine success.

A summary of consultation responses showed that just 20% of respondents agreed with the SRA’s contention that the plans would be an effective measure of competence. In fact, 37% said they ‘strongly disagreed’ while 23% said they ‘disagreed’.

Some academic institutions and universities – which the SRA acknowledged had shown ‘clear resistance’  – remain sceptical.

Peter Crisp, dean and chief executive of BPP University Law School, alluded to fears that the SQE will be a ‘dumbed down’ alternative to the ‘gold standard’ of the LPC. He added: ’[Many] worry that the reforms are unnecessary and that they may potentially limit the pool of talented graduates entering the legal profession. Moreover, legal educators will need to make dramatic changes to reflect the new regime. I confess I share some of those misgivings.’

Crisp believes many law firms will still require their trainees to undertake a programme that preserves the breadth and rigour of the LPC – a ‘platinum-grade’ offering that will go well beyond the minimum standard. But he was upbeat about the implications for access: ‘Critics should admit that the SQE offers opportunities that weren’t readily available before. Some students and law firms will be keen to welcome more cost-effective training models.’

How cost-effective remains to be seen. Helen Hudson, head of legal development at Nottingham Law School, said: ‘The SRA has produced no evidence that the SQE will reduce the cost of qualification for students and no indication of how much students will have to pay to sit the SQE.’

What we know about the SQE…

To qualify as a solicitor, candidates will need to:

…And what we don’t

Bryan Scant, chair of the Law Society’s Junior Lawyers Division, considers it unlikely the proposals will foster social mobility. ‘The SRA has still not clarified the full cost of SQE and we are concerned that, given the proposed entry requirements, it is likely to be at least as high as the current arrangements  – if not higher,’ he said.

Julie Brannan, the SRA’s director of education and training, declined to give any price estimates but insisted the SQE will be good value for money.

Many people taking the LPC gamble £15,000 on upfront fees, with no guarantee of a training contract or becoming a solicitor, she stressed: ‘With the SQE, you remove that risk.’

Caroline Pearce, chair of the City of London Law Society’s training committee, accepts that a centralised exam makes sense in principle. But the body continues to have reservations about ‘the methods of examination and whether the narrower syllabus will produce solicitors who are properly trained in the law’.

Brannan admitted the regulator is still at an early stage of discussions about how the exam will work, but had been struck by ‘how much the profession cares’. And it fell to SRA policy chief Crispin Passmore to observe that it is not a regulator’s job to be popular.

Passmore added: ‘The debate changes when you engage with people face to face. The people we have spoken with are keen to have that debate and the ways we implement the exam will become clearer as we get further down the line.’

If Passmore and colleagues are to placate the SRA’s critics, they will need to put meat on the bones of their grand design sooner rather than later.