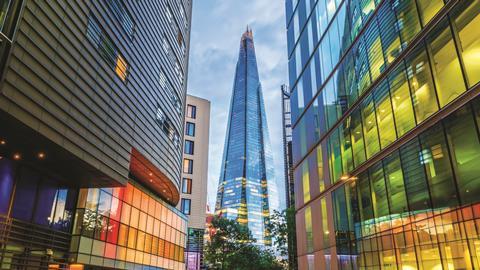 The SRA is offering lawtech innovators £250,000 to help improve access to legal advice. But is technology the solution to this problem and has the regulator truly understood the issues involved?

When you have a hammer, every problem famously looks like a nail. With this in mind the legal technology community will react warily to the Solicitors Regulation Authority’s latest move into the fast-growing sector. However the regulator insists that its intention is to nurture, not stifle lawtech.

And it comes bearing cash: it has teamed up with the government-backed innovation foundation Nesta to dispense £250,000 of central government funding to projects aimed at boosting access to legal advice through technology.

Announcing the Legal Access Challenge at a press briefing on the 31st floor of London’s Shard skyscraper last week, the SRA’s director of regulatory policy Chris Handford said that the initiative supported the SRA’s duties to provide access to justice, as set out in the Legal Services Act. Working with lawtech projects will help the SRA understand what he called the ‘regulatory opportunities and challenges’ of innovation.

Anna Bradley, SRA chair, said: ‘We want our regulation to support new ideas. The Legal Access Challenge can help to drive the development of new approaches.’

Nesta was set up in 1997 with National Lottery funding as the National Endowment for Science, Technology and the Arts. Its previous challenges have included a £5m scheme to promote innovations exploiting data made available through the new ‘open banking’ scheme. Overall, it claims to work in areas ‘where there are big challenges facing society’.

Few would dispute that includes access to justice. Research published to coincide with the launch of the Legal Access Challenge shows that 60% of the public believe the legal system is not set up for ‘ordinary people’.

However, the project is based on two premises that are more questionable: first, that the solution is technology; and second that access to justice is a neglected orphan on the lawtech scene when compared with the big money going into technology for commercial law firms.

A Nesta article published last week examines access to justice technology initiatives from New York to British Columbia to Nigeria, but makes no reference to UK-based projects such as the Incorporated Council of Law Reporting’s ‘ICLR&D lab’.

Neither was there any mention last week of a central piece of the government’s £1bn courts reform programme: the online court.

The project’s principal evangelist, Professor Richard Susskind, has consistently argued that the project is about opening up access to dispute resolution for the many, rather than the current ‘Rolls-Royce service’ available only to the few. (Admittedly this argument has generated scepticism in the legal profession.)

However, history suggests that the prospect of government money – from the Department for Business, Energy and Industrial Strategy’s £10m ‘regulators’ pioneer fund’ – will encourage bright ideas out of the woodwork.

Chris Gorst, head of better markets at Nesta Challenges, said: ‘We want to see digital solutions that directly support individuals and small businesses to access legal services conveniently and affordably, and which can help close the “legal gap” we currently face.’

The 18-month programme’s aims also include building a community with a shared interest in the use of technology to improve access to legal support. It will also investigate regulatory barriers to mass-market legal technology solutions – and, if so, what the SRA can do to reduce them.

This plays well with the SRA’s ‘enabling innovation’ agenda. However it is also under pressure to take at least some types of lawtech under its regulatory wing.

In a discussion paper last month, the Legal Services Consumer Panel said that lawtech adoption must be supported by a ‘robust regulatory framework’ to ensure it is ‘fair, available and accessible’. It warns that as digital channels become the default, ‘consumers who lack IT literacy, digital equipment, access to the internet or prefer to have human contact’ will lose out.

The topic of regulation will also feature strongly in the report of the Law Society’s public policy commission on algorithms in the justice system, due to be published tomorrow.