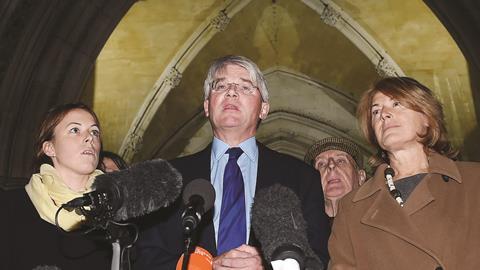 In September 2012, Andrew Mitchell, a Conservative MP and chief whip, spoke to police officers about whether he could ride his bicycle through the main gates of Downing Street. The exchange lasted 45 seconds, but the repercussions of the so-called ‘Plebgate’ affair would endure for years – not least in the conduct of civil justice. 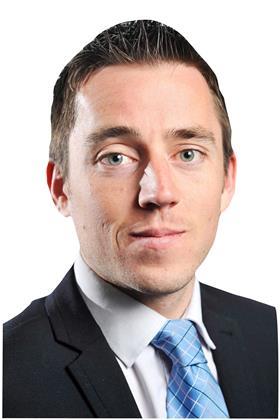 In a judgment released in December 2013, the Court of Appeal refused relief from sanctions to lawyers representing Andrew Mitchell in a libel action over the Sun’s coverage of the affair. To do otherwise, the court said, would be to undo the work of the Jackson reforms and ‘give rise to uncertainty and complexity and stimulate satellite litigation’.

However Mitchell, which was viewed as harsh on the non-compliant solicitors involved, did not resolve the issue. Far from it. What followed was opportunism and system-gaming, as lawyers sought to exploit every missed deadline or mishandled document to their advantage.

Next month will mark the third anniversary of the ruling in Denton. This rolled up three cases, each of which had sought to clarify what behaviour would or would not be tolerated. Its author, former master of the rolls Lord Dyson (who had also ruled on Mitchell) said it acted merely as guidance to the ‘misunderstood’ and ‘misapplied’ first case.

Whatever the merits of that point, lawyers were assured that they knew where they stood and could rely on consistency from the courts. Three years on, it is clear Denton is still the leading authority and that it has stood the test of time. It cropped up last week in Redbourn Group Ltd v Fairgate Development Ltd, as the defendant was denied relief from sanctions (and a default judgment given) for not engaging with court instructions. The Honourable Mr Justice Coulson said it was ‘incumbent’ upon solicitors to explain delays, a task in which there was ‘wholesale failure’.

The judge said that despite defence solicitors making an application to set aside his default judgment on 14 March this year, it was not until 11 May that they served a defence and counterclaim, followed by a more detailed statement four days later with matters which had never before been raised.

Coulson stated: ‘I would conclude that, in accordance with Denton, [Fairgate] have not made out a case to be granted relief from sanctions. So the application to set aside judgment would still fail.’

Examples of non-compliance are, anecdotally at least, rarer today than three years ago – and much of that is put down to Denton. Also in decline, lawyers seem to agree, is the type of game-playing which soured the Mitchell aftermath.

There are now few ‘stupid’ points being taken (complaints about very minor delays without any effect, for example), says Jim Hester, a barrister from Parklane Plowden Chambers. ‘The warning about trying to seek tactical advantage does seem to have hit home and so there is an element of self-policing.’

Gordon Exall, legal blogger and barrister at Zenith Chambers, says the balance was finally struck between ending the culture of apathy towards court instructions and the harsh approach which seemed to be taken initially.

‘The difficulty with the Mitchell decision is that, contrary to its stated intention, it turned civil litigation into a minefield,’ he explains. ‘Civil procedure, which is supposed to be the means by which cases come to court, became a method of trying to get the other side struck out. In other words it became an end in itself.’

The key to Denton was in the guidance to judges to take a three-stage approach to dealing with errant lawyers: decide the seriousness of the breach; consider any reason for it; and consider the overall circumstances of the case. Dyson wanted to move away from the default approach that, unless a mistake could be characterised as trivial or there was a good reason for it, judges were bound to refuse relief. This was, in his words, more ‘nuanced’.

Have judges stuck to the script? Hester says some judges still veer too close to Mitchell, but by and large any inconsistency is likely to be manifested in extra leniency rather than excess rigour.

‘I think generally that a happy medium has been met,’ he says. ‘Slightly harsher than pre-Jackson, but considerably less severe than Mitchell.’

Exall agrees that the discretion allowed in Denton allows for some deviation, but says the principles are now well known: ‘On the whole the three factors are considered and applied in a reasonable way. Not everyone gets the result they want, [but] that is the nature of litigation.’

Jeremy Glover, a partner at construction and energy firm Fenwick Elliott, says Mitchell and Denton changed attitudes, through the initial shock and then the clarification of what the rules meant. While examples of non-compliance crop up, there are no signs of a return to the relaxed approach pre-2013.

‘I think parties are well aware of the need to comply with the rules, and you do tend to see parties talking to one another when potential issues arise,’ he adds.

Niall Innes, a partner at Mills & Reeve, says the signs are that lawyers have changed their attitidues towards court instructions.

Gwendoline Davies, a partner in commercial dispute resolution at Leeds firm Walker Morris, notes the court is now able to strike the right balance between robust enforcement and dealing with relief appplications justly.

’We are seeing the courts adopt a common-sense approach,’ she adds. ’While it is clear that they take a tough line on non-compliance, parties are unlikely to be punished for purely technical breaches which have no practical impact on the progress of the litigation.’

Just as Andrew Mitchell could have done with the Downing Street traffic rules being clearer, so too lawyers needed clarity on the case named after him. Almost three years on, Denton seems to have provided it.