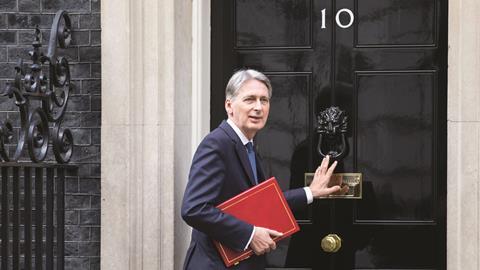 News focus: what the budget means for solicitors

Two out of three ain’t bad, as burly rocker Meatloaf sang. Last week the Gazette predicted that reform of stamp duty land tax and further measures to clamp down on tax avoidance would feature in the budget, and so they did. Admittedly, one hardly had to be Mystic Meg to get those right.

Rumours that the ‘death tax’ – a steep rise in probate fees – would be resurrected proved unfounded. ‘Spreadsheet Phil’, renowned for his desiccated demeanour, was always unlikely to prove that daring.

An HM Treasury briefing document published after Hammond’s speech states that first-time buyers ‘are more cash-constrained than other buyers’ and that stamp duty ‘can represent an upfront cash burden on top of a deposit and conveyancing fees’.

Solicitors will have to enter a code on the stamp duty return indicating that the client is a first-time buyer and calculate the stamp duty due according to the new rates.

A first-time buyer is defined as someone who has never owned a freehold or leasehold interest in a dwelling before and who is purchasing their only or main residence. Residential property anywhere in the world is counted when determining whether someone is a first-time buyer. All purchasers in a joint purchase must be first-time buyers to be eligible for the relief.

First-time buyers in Wales will benefit from the changes until April next year, when the matter is devolved to the Welsh government, which is introducing a land transaction tax.

Unfortunately for the chancellor, his grand ambition to ‘revive the homeowning dream’ was swiftly gazumped by the independent Office for Budget Responsibility. The OBR’s briefing paper said the main effect of the SDLT cuts would be to raise house prices, by 0.3%. ‘The main gainers from the policy are people who already own property,’ it observed.

Adding insult to Hammond’s injury, the OBR added that only 3,500 first-time buyers will benefit anyway (it was unclear at press time whether this is an annual figure) and that the measure could also be abused by other purchasers.

The Red Book also confirmed the scale of swingeing cuts to the Ministry of Justice, first highlighted by the Gazette last Monday. The department will pare spending by £600m by the end of the decade; the Treasury is committed to reducing the MoJ budget from £6.6bn in 2017/18 to £6bn by 2019/20.

Over the same period, spending on health, defence, the Home Office and education will all rise.

Law Society vice-president Christina Blacklaws commented: ‘The 40% real [terms] cut in funding for the Ministry of Justice from 2011 to 2020 was notably absent from the chancellor’s statement. These cuts are having a real impact on the ability of the most vulnerable in our society to access justice.

‘While we acknowledge the government’s recent announcement to review the Legal Aid, Sentencing and Punishment of Offenders Act, the significant cuts to the justice budget are still preventing effective justice for all.’

Other measures in the budget included:

James Kitching, corporate solicitor at south-east firm Coffin Mew, said that while the chancellor is attempting to pave the way for the development of new technologies, he is still at the mercy of legal and regulatory systems. ‘There are already issues with how fast these kinds of ideas can advance while there are questions about insurance and liability,’ he said. ‘Producing an environment for greater investment in future technologies is a start, but the law needs to adapt to allow our nation to lead the way.’

Blacklaws described the government’s willingness to review employment rights as positive, adding: ‘As our economy undergoes structural changes, the law needs to adapt. We need clarity to ensure employee rights are respected.’

The government confirmed it is pushing for international tax law reforms, including taxing the profits of online service companies with regular users in a country but without a permanent establishment there.

In a position paper published alongside the budget, the Treasury said there is a need to ensure that the international tax framework is ‘responsive to the changing nature of our economies in the digital age’.

The paper suggests this could include allocating an amount of profit for tax that would be in line with how active a company is in a certain jurisdiction, including the number of active monthly users. Examples of companies that could be subject to the new rules include digital marketplaces and social networks.

The rate would need to be set at a level that raises material revenue in a way that is fair, non-distortive and applicable to business models with different profit margins, the Treasury said.

Further, following consultation, the government said it will also introduce legislation to tackle tax avoidance by multinationals that transfer profits made by selling to UK customers to an entity in a low-tax country.

‘This is about ensuring businesses are taxed where they generate value and ensuring that technological developments do not undermine long-standing tax principles. In effect, we want to update the international tax system for the digital age,’ the document states.

The government is proposing to take more immediate action against multinational groups in the digital sector, which achieve ‘low-tax outcomes’ by holding intangible assets including intellectual property in low-tax countries where they have limited economic substance.

The chancellor’s technology package could also help head off mounting concern about ‘black box’ algorithms making decisions about citizens, including in criminal justice. The new Centre for Data Ethics and Innovation will ‘enable and ensure safe, ethical and groundbreaking innovation in AI and data-driven technologies’. How much power the centre will have, and its relationship with the Information Commissioner’s Office, are unclear.