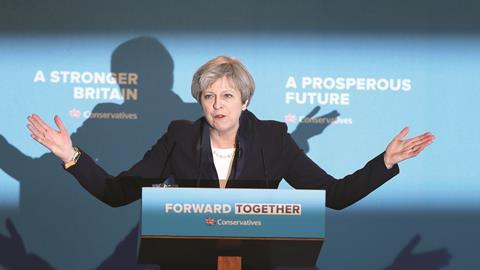 News focus: What the manifestos say about law and justice

There is no respite for the personal injury sector in the Tory manifesto, published as the Gazette went to press. The party pledges to cut motor premiums by cracking down on ‘false and exaggerated’ whiplash claims – suggesting the relevant measures in the aborted Prisons and Courts Bill will soon be revived. The party will also consider a ban on cold-calling to solicit ‘false’ PI claims.

In what might be seen as a retort to the ‘enemies of the people’ meme, the Tory manifesto chapter on reforming the justice system stresses that ‘we cherish our strong and independent judiciary’. The party pledges to continue its courts modernisation programme and £1bn overhaul of the prison estate.

Child victims and victims of sexual violence will be able to be cross-examined before a trial, and publicly funded advocates will have to undergo specialist training in handling victims before taking on serious sexual offences cases. In light of Hillsborough, an independent public advocate will be introduced to act for bereaved families after a public disaster and support them at inquests.

Under a Conservative government, British troops would in future be subject to the Law of Armed Conflict, which includes the Geneva Convention and UK Service Law, not subject to the European Convention on Human Rights. The party will ‘strengthen legal services regulation’ and restrict legal aid for ‘unscrupulous law firms that issue vexatious legal claims against the armed forces’.

As expected, the Conservatives have ‘parked’ the scrapping of the Human Rights Act in light of Brexit. The party will ‘consider our human rights legal framework’ when that process is concluded. The UK will remain a signatory to the European Convention on Human Rights for the duration of the next parliament.

Other pledges include wrapping the Serious Fraud Office into the National Crime Agency and ‘tougher regulation of tax advisory firms’ to clamp down on evasion. The party plans to repeal the (yet to be commenced) section 40 of the Crime and Courts Act 2013, which could force publishers to pay litigation costs for both sides in media cases even if they have won.

Leveson 2, the second stage of the media inquiry (intended to examine the culture, practices and ethics of the press) would be abandoned.

Days after a draft version of its election manifesto was leaked, the Labour party appeared to have made small but significant tweaks to its final pledges on justice.

The party’s official manifesto states that Labour ‘will consider the reinstatement of other legal aid entitlements after receiving the final recommendations of the Access to Justice Commission led by Lord Bach’. The draft version merely stated the party would ‘consider the recommendations’.

The manifesto says: ‘The shameful consequences of withdrawal have included a requirement for victims of domestic abuse to pay doctors for certification of their injuries. Labour’s plans will remove that requirement. At the same time, we will legislate to prohibit the cross-examination of victims of domestic violence by their abuser in certain circumstances.’

Labour will review the legal aid means tests, including the capital test for those on income-related benefits – another promise not in the draft. The party remains committed to restoring legal aid for the preparation of judicial review. 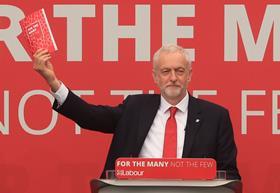 A Labour government would retain the Human Rights Act and hold public inquiries into ‘historic injustices’.

The manifesto says: ‘We will open inquiries into Orgreave and blacklisting. We will release all papers relating to the Shrewsbury 24 trials and the 37 Cammell Laird shipyard workers.’

Labour remains committed to introducing a no-fault divorce system. It will consult on establishing an environmental tribunal with simplified procedures.

Courts will not be prohibited from raising money to provide services, but Labour will ‘introduce a ratio to establish the maximum difference between actual costs and charges levied’. Employment tribunal fees would be scrapped.

The chapter on justice concludes with what appears to be a new pledge to ‘continue to extend the use of technology in our court service where it enhances access to justice, timely dispute resolution and efficient administration’.

The Lib Dems, whose manifesto appeared last Wednesday, have made an eyecatching commitment to establish a ‘distinct legal jurisdiction’ in Wales as part of sweeping devolution proposals.

In a section titled ‘Fix a broken system’, the party says: ‘We will raise the status of the National Assembly to become a Welsh Parliament, strengthening its capacity to scrutinise legislation and to hold the Welsh government to account. We will drastically reduce the number of reserved subjects and prevent Westminster from being able to override Wales on devolved matters. We will recognise Wales as a distinct legal jurisdiction.’

The manifesto contains no details of the legal structure that would replace current arrangements, but legal institutions that have an England and Wales remit include the High Court, the Court of Appeal, the Solicitors Regulation Authority, the Bar Standards Board, the Legal Services Board and the Land Registry. 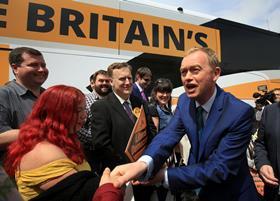 Whether the adoption of a reserved powers model of devolution in Wales should be accompanied by the establishment of a wholly separate jurisdiction remains a subject of fierce debate in the country, including among lawyers. Supporters argue it could boost access to justice by repatriating fees lost to England. A Welsh body of law is already developing piecemeal – for example a replacement for stamp duty land tax.

Other law and justice policies include a reversal of the ‘massive increases’ in court and tribunal fees, and an ‘urgent and comprehensive’ review of the effects of the Legal Aid, Sentencing and Punishment of Offenders Act on access to justice.

The Lib Dems would also secure further funding for criminal legal aid ‘from sources other than the taxpayer’, including insurance for company directors. On Brexit, there is  a pledge to ensure the UK retains arrangements for jurisdiction, the recognition and enforcement of judgments and for family cases currently secured under the EU Brussels 11 regulation and the Hague child abduction convention.

A ‘general anti-avoidance rule’ for corporate tax, a ‘digital bill of rights’ and a ‘presumption against short prison sentences’ are also pledged.

The Law Society’s own analysis of the manifestos can be read here: http://www.lawsociety.org.uk/Support-services/General-election-2017-and-the-legal-sector/analysis-of-party-manifestos/.