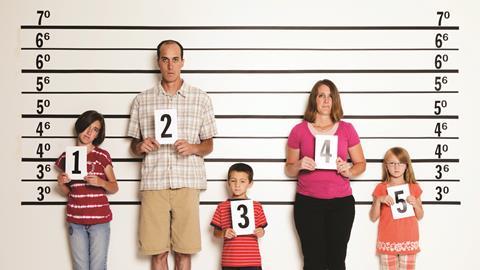 Personal injury (PI) lawyers may have experienced a powerful sense of deja vu last week when the government announced a review of fees in holiday sickness claims.

The same apocalyptic warnings of rampant fraud; the same incessant lobbying from a trade body. And ultimately the same solution – fixed costs – provided by ministers who would rather the whole thing just went away.

The travel industry has learnt lessons from its insurance counterpart. Winning hearts and minds requires a belief that all lawyers involved in the sector are ‘on the take’. Last week, national media gleefully reported on a couple who were found to be fundamentally dishonest in claiming to have contracted illness while on holiday in Gran Canaria.

The details of the case make for compelling reading. The claimants waited almost three years after their holiday to claim damages of up to £10,000, despite having waxed lyrical about their experience in a feedback questionnaire completed on the flight home. A judge sitting at Liverpool County Court rejected their explanation (one of the pair claimed to have drunk six pints of lager before the flight) and ordered them to pay £3,744 in costs.

Holiday companies were emboldened by the decision. Thomas Cook, the defendant in the case, said it will refuse to accept liability where a complaint is raised years after the holiday and without medical evidence.

Sarah Hill, head of fraud and a partner at national firm BLM, which represented Thomas Cook, said tour operators, hoteliers and travel agencies are expected to take a ‘firm and proactive approach’ in future.

‘The industry has been anticipating a case of this significance for quite some time now,’ said Hill. ‘The ruling of fundamental dishonesty is a satisfying outcome, not just for Thomas Cook but for the wider travel industry, and will hopefully set a precedent for the future treatment of false claims in UK courts.’

The government has been lobbied for months by ABTA and other industry insiders and new justice secretary David Lidington wasted no time in bowing to their demands. He promised a fixed-fee regime in a surprise announcement earlier this month.

‘This government is absolutely determined to tackle the compensation culture which has penalised the honest majority for too long,’ said Lidington.

But while PI reforms spawned a wave of protest and opposition from the sector, the legal profession has been muted in its reaction to curbs on holiday sickness claims. Indeed, some lawyers are unhappy with the way the sector has blossomed and privately say they believe this burgeoning industry brings the profession into disrepute.

Lobby group Access2Justice, which has fought PI reforms at every stage, last month called on lawyers to report those they suspect of breaking SRA rules on marketing and referral fees. The group has tweeted: ‘We are absolutely sick to the stomach of dodgy holiday claims.’

The Law Society president Joe Egan has welcomed the government’s 'decisive action' in proposing the principle of fixed fees, while warning that such measures should not prevent legimitate claims from being brought.

He added: 'Fixed recoverable costs provide some certainty for both sides in litigation and avoid protracted disputes about the level of costs.

'However, in clamping down on dodgy business practices ministers should be careful not penalise people with genuine or more complex claims. Also, fixed costs should not apply in certain circumstances - for example in complex, high  value claims where people have been seriously harmed, or where a large group of people have been made ill or harmed in the same incident. That's because a one size fits all approach would prevent people seriously harmed from getting fair compensation.'

This is not an industry limited to faceless claims management companies trawling departure lounges in Spanish and Greek resorts. The biggest consumer firms in the country, including respected outfits such as Slater and Gordon, Irwin Mitchell and Simpson Millar, are all active in this sector. But when fixed fees were proposed – hardly likely to be welcomed by those firms – there was little said in opposition. Perhaps lawyers have learnt since the PI reforms simply to accept their fate and move on.

There is nevertheless some unease bubbling under the surface at the belligerent tactics of the travel sector. In one letter seen by the Gazette, a claimant has been told there has been an ‘unprecedented and sudden rise’ in gastric illness claims as a direct result of encouragement from touts and claims management companies (CMCs).

The ruling of fundamental dishonesty is a satisfying outcome, not just for Thomas Cook but for the wider travel industry

The letter concludes: ‘If your claim is ultimately found to be dishonest, we put you on notice that we will pursue you personally for our costs of defending the claim together with pressing for a criminal prosecution.’

PI specialist Mulderrigs Solicitors, which has run relatively few holiday sickness claims, was last month included in a mailshot of firms by Thomas Cook. The letter states that Thomas Cook is ‘concerned by the volume of claims advanced by your firm, the overwhelming majority of which are based on unconfirmed and unreported illness’. It goes on to threaten reports to the SRA and even contempt of court proceedings.

Managing director Paul Mulderrig says the letter amounted to a ‘slur’, telling the Gazette: ‘Regardless of what may be happening in the seedy side of our profession, there is no excuse for these outrageous and unfounded allegations against me.’

Thomas Cook said it sent a standard letter to a number of firms from which it had received claims, and it apologised for an administrative error in contacting Mulderrigs.

Sending threatening letters to clients and their representatives is another tactic which draws comparison with insurance firms. Andrew Mckie, a barrister at virtual set Clerksroom and specialist in travel law, believes decent claimant firms will already have warned their clients about fraud, and argues that the travel industry is attempting to sidestep legitimate lawyers.

Mckie said: ‘The tactic of writing directly to claimants, many of whom are young families or couples, attempting to put them off making a genuine claim and suggesting criminal prosecutions and contempt of court, without specific allegations or evidence in support, is not an acceptable one, and one that ABTA should ask their members to refrain from. The tactics being employed are using a sledgehammer to crack a nut.’

It’s a familiar complaint – indeed, it could be straight out of the mouth of a PI lawyer four years ago.

There is a theory that holiday sickness claims increased as firms and lawyers migrated from an emasculated PI sector. In the present climate, there is every chance these migrants might have to move on again soon.