To mark the centenary of the end of the first world war, we look back on how the profession reacted to the armistice and commemorated the 910 solicitors and clerks who died on active service.

In November 1918 the Gazette was a monthly publication, so we were thoroughly scooped by the Solicitors’ Journal and Weekly Reporter in reporting victory in what came to be called the Great War. The Journal’s 9 November edition laid the groundwork with news of the armistices with Turkey and Austria-Hungary, and the allies’ acceptance of Woodrow Wilson’s 14 points for ending the war. (It noted approvingly that the US president ‘quite declines to share in the secrecy of European statesmen’.) 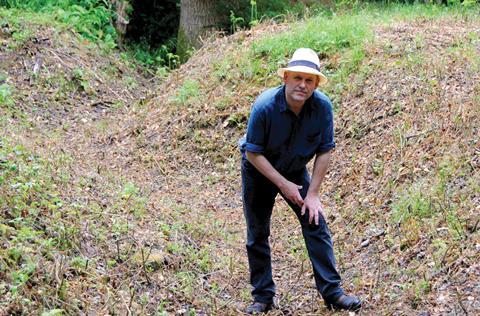 A week later, the Journal led with the appointment of Sir George Cave to the office of Lord of Appeal. However the second item, under the headline, ‘The Armistice with Germany: the Western Front’, recorded: ‘The Armistice with Germany was signed at 5 o’clock on Monday morning, the 11th inst., and came into effect at 11 am that day.’ It went on to summarise the main clauses, including ‘immediate evacuation of invaded countries’.

Of course few readers could have been unaware of the news, following the riotous scenes of celebration memorably recorded by Winston Churchill in his masterpiece of literature (if not reliable history) The World Crisis. ‘Almost before the last stroke of the clock had died away, the strict, war straitened, regulated streets of London had become a triumphant pandemonium. At any rate it was clear that no more work would be done that day.’

Work or no work, the Law Society’s council met to pass unanimous resolutions of congratulations: ‘loyal and affectionate’ to the King and Queen; ‘most sincere’ to the prime minister, David Lloyd George. That message went on to say that the council ‘remember with pride that the Prime Minister is a Member of their own Profession, a Profession engaged in and devoted to the maintenance of Law and Justice, and feel that the Empire may confidently rely that, in the settlement of the terms of Peace, he will bear in mind, as he has so finely said, that “we will do no wrong, we will abandon no right”.’

Society president Sir Richard Pinsent received a reply recording ‘great pleasure to receive such a warm message from the members of his own profession’.

Meanwhile the Society announced that a memorial service would be held in Westminster Abbey on 17 December ‘for solicitors and articled clerks who had given their lives’. It added that: ‘Seats have been reserved for near relatives of those who have died.’ 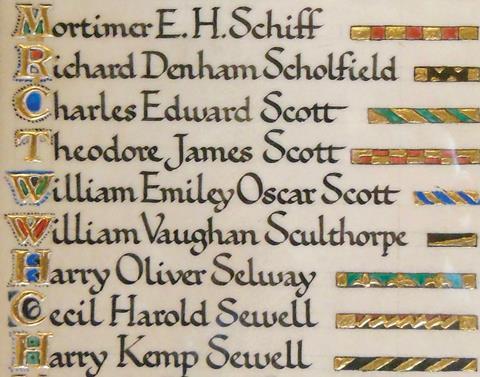 ‘So far as can at present be ascertained, 549 solicitors and 328 articled clerks have fallen in the war,’ the notice added. The Gazette’s December 1918 roll of honour was a reminder that the toll was rising. It listed 23 names, including that of Henry Ellis Hodding, who may have been the last solicitor to be killed in action on the Western Front, just three days before the war ended. Of course this was not the end of the roll: December 1918’s list contains an ominous scattering of references to ‘influenza’ and ‘influenza and pneumonia’ as  causes of death, which, along with ‘died of wounds’, would appear regularly in the months ahead.

Gradually, life returned to normal. As early as 30 November, the Solicitors’ Journal was able to report: ‘We understand that the council of the Law Society have appointed a committee to consider the question of demobilisation of solicitors, and any solicitor whose claim to release “on national grounds” is really urgent, should, it is suggested, communicate immediately with the Law Society.’ There was a caveat: ‘We do not mean to suggest that the maintenance of a considerable army is not necessary until the European situation has cleared.’

Elsewhere, the journal reported: ‘It will be seen with interest, and, we presume, with satisfaction, that a commencement has been made with the revocation of the [1914] Defence of the Realm Regulations. The revocation of 2S saves stray dogs from liability to prompt destruction and of 2T restores to farmers the right to sell a horse.’ Even more welcome, ‘Regulation 4D, dealing with the communication by women of venereal disease, which had been the subject of so much attack, is revoked.’

In January 1919, fundraising began for a £30,000 memorial to the 569 solicitors and 341 articled clerks eventually ruled to have died on active service. You can see it in the Law Society’s reading room (pictured , inset). It is a good place in which to contemplate Churchill’s 1927 verdict on the conflict: ‘Is this the end? Is it to be merely a chapter in a cruel and senseless story? Will a new generation in their turn be immolated to square the black accounts of Teuton and Gaul? Will our children bleed and gasp again in devastated lands?

‘Or will there spring from the very fires of conflict that reconciliation of the three giant combatants, which would unite their genius and secure to each in safety and freedom a share in rebuilding the glory of Europe?’