Barristers to press ahead with legal aid action

Barristers will not be balloted on whether they are happy to accept the proposed £135m package of criminal legal aid reforms announced last week, the Criminal Bar Association has revealed.

CBA chair Jo Sidhu QC said the government's response to Sir Christopher Bellamy's recommendations ‘betrays a wholesale failure to recognise the severity of the crisis currently engulfing our criminal justice system and the urgency needed to address that huge challenge’.

Criminal barristers voted overwhelmingly in favour of adopting a 'no returns' policy from 11 April unless the government agreed to a series of steps, including a 25% remuneration increase under the advocates’ graduated fee scheme for claims submitted on or after 11 April. The ministry is proposing a 15% uplift. Any reforms would not come into force until October at the earliest. Lord chancellor Dominic Raab told the Commons last week that strike action would be 'totally unwarranted' now. 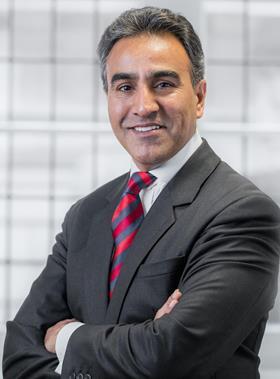 It would be 'deep into 2023' before barristers could submit uplifted fee claims, Sidhu said. ‘If government was serious about supporting the profession, the swiftest and surest way to guarantee a 15% rise in fees would be to add 15% to the bottom line of all existing and future claims which could be achieved by a one-line statutory instrument. But government has chosen not to do this.'

He also criticised what appeared to be an absence of commitment or assurance from the government in relation to other recommendations central to the criminal bar's survival, such as rates payable for special preparation, lowering the threshold for waster preparation and providing an enhanced fee for plea and trial preparation hearings.

‘Unless and until there is substantial movement to meet our legitimate and reasonable demands, there will be no second ballot,' Sidhu declared. In the meantime, the association 'remains committed to constructive engagement with the Ministry of Justice in pursuit of a settlement that respects the worth of our members'.

The last legal aid boycott, in 2018, was called off after the criminal bar voted by a narrow margin to accept a £15m offer tabled by the government.