Solicitors are facing a ‘more parlous’ situation than barristers in relation to legal aid, the retired judge who led a government-commissioned review has told MPs.

Bellamy said: ‘We have a situation where fees have remained unchanged for 14 years except to go down by 8.75%. Some fees have had no increase for over 30 years. The number of firms is in decline. It is very difficult to recruit new blood. There are almost no trainees. Duty solicitor schemes are in deep trouble in various parts of the country. There is evidence of deskilling in certain respects, particularly in trial preparation in the Crown court.

‘The private profession has fallen behind the Crown Prosecution Service in terms of the salaries it can offer and has therefore been losing a great deal of talent to the public prosecutor - that gives rise to a serious problem as regards the equality of arms.

‘In all those circumstances, there must be a serious question mark as to how long the private provision of solicitors’ services can feasibly continue.’

However, Bellamy said the picture is ‘more mixed’ from the bar’s perspective. ‘On one side of the coin you have some criminal barristers who do earn well by most standards. On the other hand, you also have at the junior end of the bar fees of £50 for a morning’s work in the magistrates’ court which is very low remuneration. 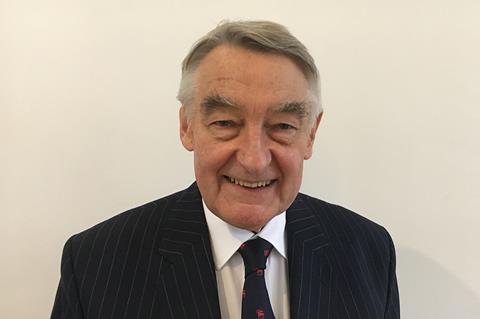 Sir Christopher Bellamy QC: Solicitors have seen fee cuts 'for as long as anyone can remember'

‘Taken all in all, I came to the conclusion that it was correct and right to recommend an overall increase for barristers’ fees. But for various reasons I didn’t see the situation of the bar as such, as parlous, as that of the solicitors.’

Asked to explain the distinction, Bellamy said: ‘The solicitors have seen no increase in their fees and only cuts for as long as anyone can remember. If you are appearing in a London magistrates’ court, you will get less in cash terms in 2022 than you did in 1996. That must be a very unusual situation for those providing public services. And for all the reasons I’ve just mentioned, recruitment and retention is extremely difficult.’

The committee heard there had been attempts in 2018 and 2020 to inject more money into the bar, and to some extent into solicitors, under the graduated fee schemes, which were now feeding through. A cracked trial on average is now being paid 10% better than it was two years ago.

Bellamy said: ‘Although I’m the first to accept that there are many at the bar who have their difficulties, which are partly related to the general function of the system in terms of dilapidated court buildings, frustrations over listing, cases going off at the last minute, being asked to do work then not paid for, I recognise all those frustrations - overall, I find it difficult to say the situation of the bar is as parlous as that of the solicitors.’

The government has promised to respond to Bellamy’s review, which recommended an extra £135m a year to nurse the criminal legal aid sector back to health, by the end of March. However, the criminal bar could escalate action in April if lord chancellor Dominic Raab does not commit to substantially increasing legal aid funding.