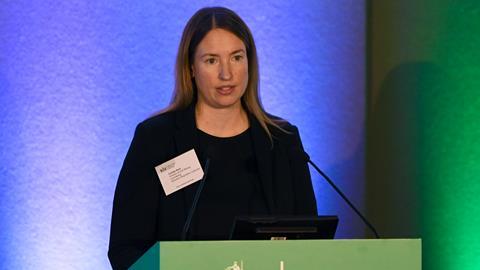 A listing on the roll will no longer suffice to show that a solicitor is not a criminal, under the new anti-money laundering regime coming in to force next month.

The Solicitors Regulation Authority revealed last week that the international Financial Action Task Force is requiring it to inspect ‘evidence of suitability’ when approving appointments to key roles. This will include a basic Disclosure and Barring Service check to show that individuals have not been convicted of an offence that would bar them.

Announcing the change last week, Colette Best, director of anti-money laundering at the SRA, stressed that the change was required for the regulator to comply with the EU’s fifth Money Laundering Directive. Regulations implementing the directive must be in place by 10 January.

Suggesting that firms have been slack in registering their beneficial owners, she said: ‘I have a feeling that we don’t have the right population registered with us.’ She reminded attendees that ‘it is your responsibility to know who the beneficial owners, managers and officers of the firms are’.

A basic check costs £23 and takes 14 days to turn around, the DBS says. The SRA said that the change would affect only new appointments to BOOM roles and that only a small number of individuals would be affected.

Best also suggested that firms are not doing enough to address the risks posed when acting for politically exposed persons (PEPs). While many firms tell the regulator they do not act for such clients, ‘there are 39,000 PEPs in the UK so clearly someone is doing business with them. We expect firms to have a clear position’, she said. ‘The regulations don’t say you shouldn’t act for PEPs – but when dealing with them you should take steps to mitigate the risk.’