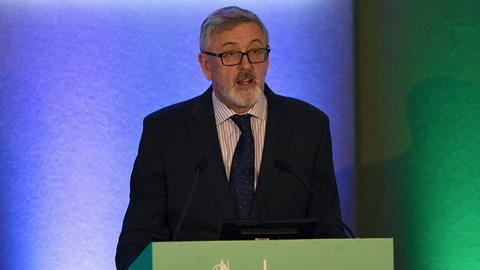 With new directives coming into force and little guidance for firms on compliance, even anti-money laundering experts are struggling to stay on top, as a Law Society conference heard last week

Not an empty seat was to be  found at the Law Society’s 2019 Anti-money Laundering and Financial Crime conference in the City of London last week.

It is no surprise the 500 places were an early sell-out – even experts are struggling to keep up with the law. Significantly, a show of hands requested by Amasis Saba, chair of the Law Society’s Money Laundering Task Force, revealed most attendees had been to previous events – AML compliance is not an area where it is possible to tick the box and declare ‘job done’.

Two pressing deadlines of 2020 are:

According to the Solicitors Regulation Authority, the main changes to be introduced under the fifth MLD are: a requirement for firms to inform Companies House of any discrepancies they find in records of beneficial ownership; new requirements to register trusts; and more situations where enhanced due diligence must be carried out. These will be implemented by regulations on which the Treasury consulted this year but which are now in election limbo.

As Colette Best, director of anti-money laundering at the SRA, put it: ‘There will be an incredibly short time between the regulations being laid and them coming into force.’

Guidance will be forthcoming from the Legal Sector Affinity Group, of which the SRA is a member. However, Best was unable to say when.

Neither could she offer much hope of a grace period after the new regulations come in. Rather, she pointed out the SRA is now within the purview of the Office for Professional Body Anti-Money Laundering Supervision – as OPBAS’s largest AML supervisor, the SRA can expect special attention.

She warned that firms should be ready in the coming year to have risk assessments called in as part of a rolling programme of checks. The SRA is unlikely to be impressed by cut-and-pasted assessments – or ones dated after the inspection request.

The conference heard of numerous areas where firms will undoubtedly struggle to get compliance right. Suzie Ogilvie, global head of financial crime at Freshfields Bruckhaus Deringer, pointed out one issue with the discrepancy reporting requirement: Companies House does not have a full register of beneficial owners, so what can the discrepancy be with? She stressed the crucial thing is for firms to record their decisions – and if that decision is to not make a report, to state why.

Even bigger uncertainties surround DAC 6’s disclosure rules. These are likely to affect solicitors who advise on transactions generally, ‘even when there is no tax avoidance motive’, Lydia Challen, partner at Allen & Overy said. They are also likely to create clashes with professional privilege.

One major unresolved issue is whether the firm or the individual lawyer is responsible: ‘Most people expect this to be the firm,’ she said. However, while the draft guidance excludes employees, partners are still covered. ‘We hope that will be amended so partners are not personally liable.’

Even what HMRC describes as a factual report ‘is going to reveal that a lawyer has advised on a transaction and that is privileged’, she pointed out.

Engagement with HMRC will resume after the election, but Challen warned that even the best outcome will impose a new burden: ‘You will have to notify your client when a transaction is reportable – and that means you have to do the analysis.’

Meanwhile, Sandy Bhogal, partner at Gibson, Dunn & Crutcher UK, dashed hopes HMRC might produce guidance with examples of what might be reportable, saying it had taken a ‘principles-based approach’.

But for many, the day’s most chilling moment was a briefing by Simon Lord (pictured above) of the National Crime Agency on emerging threats. He warned firms acting for Chinese individuals in asset purchases that their clients are probably, at least unwittingly, laundering money to evade China’s foreign exchange controls.

Should all Chinese clients therefore be regarded as high-risk? ‘That’s up to you,’ Lord said. Which was perhaps not the answer solicitors wanted.

Amasis Saba sums up: ’The conference showed most solicitors are trying their best in the face of ever more burdensome and prescriptive regulations.  We look forward to working with the SRA to support and address those who are struggling to keep pace with the changes.’