Calls to take the politics out of discount rate decision

Calls are growing for any future decisions on the level of discount rate to be taken out of the hands of ministers.

Lord chancellor Liz Truss elected earlier this year to change the rate for deductions to personal injury awards from 2.5% to -0.75%.

The change was welcomed by campaigners who had pressed for a reduction in the rate since it was last altered in 2001, but insurers have warned of hikes to premiums and extra costs to the NHS. 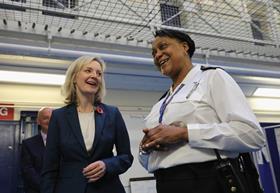 Secretary of State for Justice and Lord Chancellor

The Law Society has now called for the legal principle of 100% compensation to be met by methodology for setting the rate, and for the decision to be taken away from politicians.

‘Decisions on awards made by the courts should not be subject to political influence. In order for the civil justice system to retain the trust and confidence of claimants and defendants, the process should be fully independent from government.’

The Society said the lord chancellor should be removed entirely from the process and the discount rate set by a panel of independent experts, chaired by a government actuary. Experts on the panel should all have qualifications relating to or a substantial background in financial investment.

In its full response to the Ministry of Justice call for evidence, the Society said the court should retain the power to apply a different rate from the specified one if appropriate.

The rate should be reviewed every five years, and the rate setter should not be responsible for the timing of any review.

Last week, the new president of the Association of Injury Lawyers Brett Dixon told the Gazette that he favoured moving the rate setting ‘away from political considerations’. The Association of British Insurers has said the lord chancellor should be compelled to consult a panel of experts but should have the final decision.

In a blog posted on LinkedIn, AXA group chief executive Amanda Blanc said work on the discount rate – as well as other proposed reforms affecting personal injury claims – ‘mustn’t go to waste’ after the election, even on an agenda dominated by Brexit.

She said rate reform – designed to address the ‘baffling decision’ to move to -0.75% could be included in any new incarnation of the Prisons and Courts Bill, which was dropped before parliament was dissolved.

‘I don’t think anyone would argue with fair compensation for those who suffer long-term injury but there are ways to help the few without penalising the many,’ said Blanc. ‘As well as the damaging impact on the NHS, the change will cause the cost of car insurance to increase even further, with young motorists, who already pay the most, likely to be hit the hardest.’