Legal aid firms are sitting on a potential £100m in unbilled fees as they try to survive the effects of the coronavirus crisis on publicly funded work, a minister said today.

Appearing before the House of Commmons justice committee, justice minister Alex Chalk MP said that the Legal Aid Agency has quadrupled its workforce to handle fee claims, and he insisted there was money available: ‘If you haven’t billed your case, please do get on and bill it, because there is something like over £100m worth of work that has been completed but unbilled, which there are now four times as many staff to get through.’ 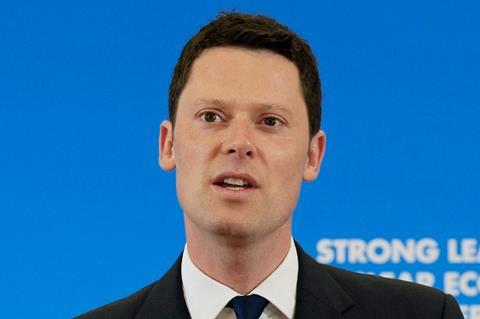 He added that another £140m is available through a hardship scheme whereby all representatives at the Crown court are entitled to submit a claim for payment, where they have spent at least one month on the case and are unlikely to receive final payment in the next three months. So far, he said,16 hardship payment claims have been made.

Chalk also sought to reassure legal aid firms worried about furloughing staff in case they breach the terms of their contract, adding: ‘The LAA are taking a flexible approach. I know it is part of your contract but we can relax that so you can furlough Joe Bloggs. That will immediately hit your bottom line.’

Research carried out by the Law Society last week found that more than half of all the legal practices in England and Wales were at risk. Legal aid practices are particularly vulnerable because the amount of work has fallen as courts handle urgent work only.

On that front, courts minister Chris Philp MP told the committee that the courts system is in the midst of a ‘rebooting’ as HMCTS finds ways to ensure hearings can go ahead.

He said that on 27 April – the most recent day for which figures were available – the court service held around 49% of the total hearings it would have expected to run across England and Wales before the lockdown. Of the 4,066 hearings that took place, 608 were face-to-face and 3,458 were by video or audio. Most were procedural in nature rather than being full trials.

Philp said he was not aware of any prosecutions being discontinued because of the crisis, and he assured MPs on the committee there was ‘categorically no question at all under any circumstances of the right to jury trial being removed’. Jury trials in the Crown court are currently on hold, with discussions continuing about whether to reduce juries to seven members in order to allow members to socially distance from each other.