The Ministry of Defence has followed in the footsteps of the Home Office by refusing to reveal its submission to the Independent Review of Administrative Law, the Gazette can reveal.

Under the Freedom of Information Act, the Gazette asked the MoD to confirm if it responded to the review being conducted by Lord Faulks QC and, if so, to provide a copy of its submission.

Responding last Friday, the directorate of judicial engagement policy at the MoD confirmed that a response was submitted. ‘However, all the information is exempt from disclosure under section 36(2)(c) of the FOIA, because in the reasonable opinion of the Ministry of Defence’s qualified person, its release would be likely to prejudice the effective conduct of public affairs,’ the letter says.

‘The panel should have an opportunity to independently review and analyse all the evidence it has collected without interference. To disclose the evidence the panel has collected before they have drafted or submitted their report to government would adversely affect the panel’s purpose and objectives and further would likely result in resource pressures which would cause delay to the wider process. 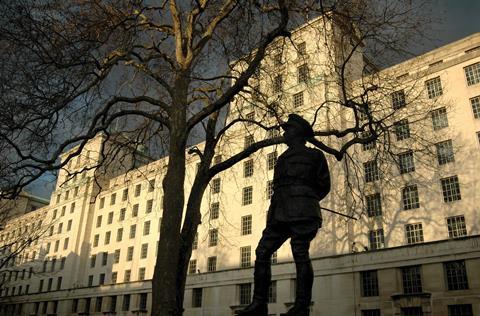 ‘Following the panel’s submission of its report to government, the government will also require time to initially review and consider the report and the underlying evidence.’

Section 36 is a qualified exemption, which means that the decision to disclose the requested material is subject to the public interest test.

The MoD’s list of public interest considerations in favour of and withholding disclosure are identical to the Home Office’s list when Priti Patel’s department similarly rejected the Gazette’s request for a copy of its submission.

The MoD says the issues being considered by the panel are of constitutional importance, but goes on to say that ‘the panel has not yet reached any conclusions, and therefore the legitimate public interest in the release of the underlying evidence is not particularly strong at this time’.

The response adds that the panel ‘must have a safe space’ to analyse and consider the evidence and reach its conclusions.

It adds: ‘The damage that would likely be inflicted by premature release of evidence collected would impact on the panel’s deliberations and potentially their report. It is not a credible use of the panel or government’s time if they spend time and effort defending and debating publicly options which are still being considered.

‘Premature release of evidence collected also has the potential to interfere and/or distract the panel’s process, by causing delay to the ultimate submission of their report to government.’

On 8 December lord chancellor Robert Buckland told the Commons public administration and constitutional affairs committee that the panel was expected to report ‘within the next couple of months’ and that any proposals will emerge in the spring.