A Whitehall department dealing with nearly 1,000 judicial reviews a year has refused to reveal its submission to the Independent Review of Administrative Law’s call for evidence, claiming there is no strong legitimate public interest in disclosure.

The Gazette requested a copy of the Home Office’s response under the Freedom of Information (FoI) Act last month after the department confirmed it submitted a response to the independent review being conducted by Lord Faulks QC. In 2019 the Home Office had the second highest number of judicial reviews lodged against it of any government department. The Ministry of Justice, which was at the receiving end of the largest number of JRs, is hosting the review with secretariat support and did not submit a response.

Responding to the Gazette yesterday, the Home Office’s strategy directorate said it decided the information was exempt from disclosure under section 36(2)(c) of the act, which deals with the effective conduct of public affairs.

The Home Office said disclosing material being actively considered by the panel, and in due course by the government, would adversely affect the panel’s ability to meet its wider objectives, ‘by removing the “safe space” it should have to consider the evidence and reach conclusions’. Disclosure would disrupt resources ‘in relation to dealing with the consequences of disclosure (increased media attention etc)’. 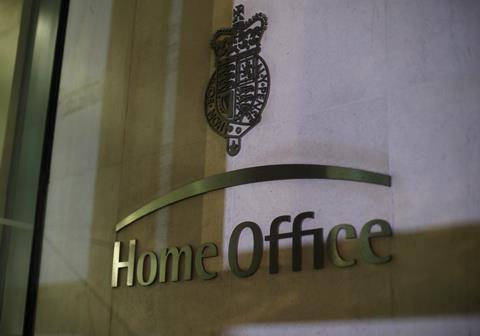 Home Office says there is no strong, legitimate public interest in disclosing its response to Faulks review

The Home Office said: ‘All the information is exempt from disclosure under section 36(2)(c) of the FOIA, because in the reasonable opinion of the Home Office’s qualified person, its release would prejudice the effective conduct of public affairs.’

Section 36 of the act is a qualified exemption, subject to a public interest test.

Considering factors in favour of disclosure, the Home Office said the review panel was considering issues of constitutional importance. ‘There is therefore legitimate public interest in that evidence being released. Transparency is important to the panel’s process. Release of the evidence would increase transparency.’

However, considering factors in favour of maintaining the exemption, the Home Office said: ‘The panel has not yet reached any conclusions, and therefore the legitimate public interest in the release of the underlying evidence is not particularly strong at this time.

‘The panel must have a safe space in which to analyse and consider the evidence collected (including the submissions), away from the public gaze and to reach its conclusions. The damage that would likely be inflicted by premature release of evidence collected would impact on the panel’s deliberations and potentially their report. It is not a credible use of the panel or government’s time if they spend time and effort defending and debating publicly options which are still being considered.

‘Premature release of evidence collected also has the potential to interfere and/or distract the panel’s process, by causing delay to the ultimate submission of their report to government.’

The Home Office concluded that ‘the balance of the public interest lies in maintaining the exemption and withholding the information’.

Several respondents to the panel’s review have already gone public with their responses. The Gazette will request an independent internal review of the Home Office's decision.

Robert Buckland QC MP told the commons public administration and constitutional affairs committee on 8 December that the panel was expected to report ‘within the next couple of months’ and any proposals will emerge in the spring.