Greater diversity in the senior ranks of the judiciary could take a while to see, the lord chief justice has indicated. Lord Burnett of Maldon told journalists yesterday that judicial diversity was a ‘complicated business’ requiring more than a ‘recital of headline statistics’.

In opening remarks at his annual press conference yesterday, Lord Burnett of Maldon said the judiciary was continuing its efforts to increase the diversity of those applying for judicial posts.

He drew attention to a progress report published earlier this month on the five-year Judicial Diversity and Inclusion Strategy. ‘From that you can see just how much is being done to attract to the judiciary the best from all backgrounds,’ Lord Burnett said.

The report, which states that ‘work is ongoing’ with the Judicial Appointments Commission to review and improve selection processes, has been criticised for giving little detail on the effectiveness of the selection process.

The Gazette pressed the lord chief justice for more information and highlighted the fact that the proportion of black judges has remained at 1% since 2014. 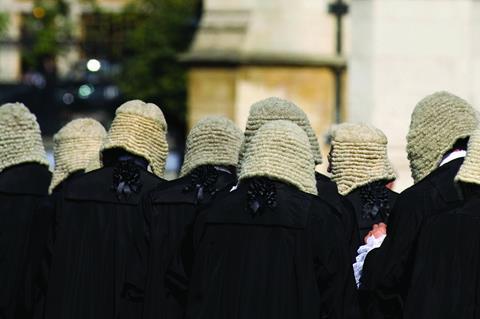 ‘When I became chief, the biggest focus was on gender balance in the judiciary. So far as appointments are concerned, there is a gender balance now. It will take some time to filter through the system because, inevitably, people are judges for quite a long time, or some are.’

Lord Burnett said he was constantly frustrated by the ‘omnibus use of the term “BAME”.

‘It was useful up to a point, but now we are trying to break down the representation of different ethnic groups. The [1%] figure you mentioned is one of those things that was rather subsumed when everybody simply spoke about 'BAME'. There has been really quite significant progress in recruiting to the judiciary, all types of the judiciary, lawyers of South Asian origin, but not black. So there is more focus on that.’

He added: ‘What I would ask everybody to recognise is that because the judiciary is a second career and most fee-paid judges become judges in their 40s, salaried judges late 40s and 50s, we are collectively fishing from the senior ranks of the solicitors’ profession and senior ranks of the bar.'

If district judges are being recruited when they are 50, 'we are looking back to what was going on in schools and universities 30 years ago when things were different,' Lord Burnett said. 'It is a complicated business which calls for rather more than a recital of headline statistics. I can assure you we have never been doing more.'