A progress report on efforts to improve judicial diversity has been criticised for lacking detail on the effectiveness of the process for selecting judges.

Twelve months after the Judicial Diversity and Inclusion Strategy was unveiled, the senior judiciary published the first annual update last week. The strategy lists four key objectives to help increase personal and professional diversity by 2025, including greater diversity in the pool of applicants for judicial roles.

The update was published days after Sir Geoffrey Bindman QC, senior consultant at prominent human rights firm Bindmans, explained in the Gazette why diversity on the bench remains a distant dream.

Bindman, once a member of a Law Society committee considering judicial appointments, praised the work being done by the strategy. ‘But when you look at the objectives, what you do not actually see is any examination of the effectiveness of the selection process in choosing the right people, and eliminating discrimination and bias,’ he told the Gazette. 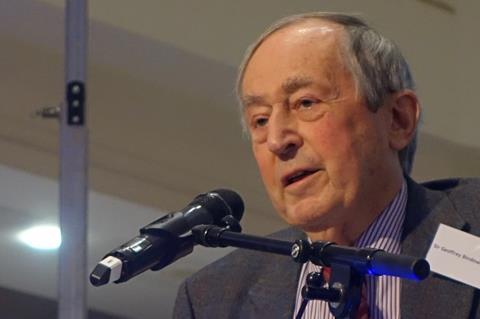 Bindman has renewed calls for a rethink on merit requirement

The progress report states that work with the Judicial Appointments Commission to review and improve selection processes is ‘ongoing’.

The commission was established under the Constitutional Reform Act 2005. The legislation states that selection ‘must be solely on merit’. However, Bindman pointed out that merit is ‘highly subjective’.

‘The JAC has tried to spell out what merit means - intellectual capacity, legal knowledge, integrity, fairness, authority, communication skills, and efficiency. There is a good case for removing the requirement of merit. Instead, the selectors should be looking for potential. The most promising candidates should then receive any additional training they need to do the job.’

On what he would like to see before the second progress report, Bindman said: ‘I would like to see an approach to selection which emphasises potential rather than actual achievement. I suspect there are a number of people who would like to be judges and have the potential but do not necessarily have the traditional qualifications that people are looking for in the selection process, such as long experience in practice.

‘I would like there to be a two-stage process: assess the basic qualifications (legal training) plus potential, then train them up to do the job.’