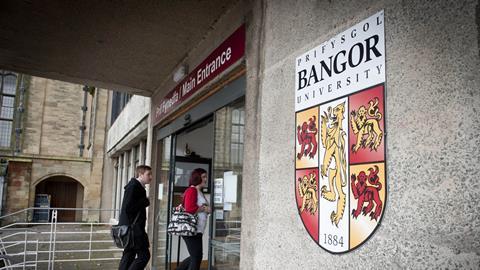 In a session on Brexit and the law in Wales, Professor Dermot Cahill told this month’s Legal Wales conference: ‘When we try to attract talent from around the world, we try to get people to move here permanently and base their careers here. We’d just be getting second-rate talent if we can only offer people short working periods.’

Cahill also alluded to the sharp fall in the number of EU students planning to study in the UK, which he attributed to a feeling that they are simply ‘not welcome’ in the new Brexit environment.

This will have far-reaching implications for the courses offered, he added, giving the example of a law with French degree. Such degrees can be dependent for funding purposes on the Erasmus (European Region Action Scheme for the Mobility of University Students) scheme, an exchange programme established 30 years ago. ‘Are we going to be cut out of that, at the very time when the UK seems to be isolating itself from the international community? That would be a terrible tragedy,’ Cahill said.

Brexit could also spell the end of ‘double degree’ courses, like the LLB English law and French law/masters I (droit international, Européen et Comparé), offered by Bangor. This involves study in Toulouse and the UK and leads to the award of two law degrees, following which graduates can proceed to the bar of either country. ‘This is going to be torn apart if Brexit goes ahead,’ Cahill said. ‘I can’t see how it can continue, at a time when we are trying to build deep links between civil and common lawyers.’

The Welsh government has cut funding to Welsh universities by £200m and will not be able to replace that money, he said. ‘There is a major crisis coming. If you look at a combination of cuts to EU funding and Welsh government cuts, this paints a bleak future. That is why several Welsh universities are going through massive and very difficult restructurings. Basically we’re shedding talent and Wales’ international power base is being weakened. And these are good brands around the world.’