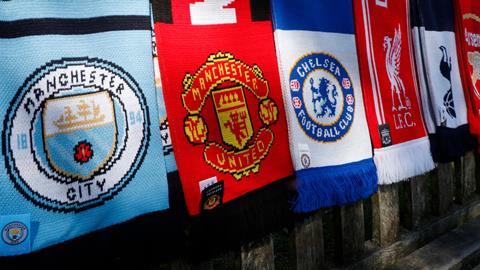 Lawyers are likely to be the key figures as football governing bodies try to fend off plans for 12 leading clubs to form their own European Super League.

The dozen clubs, which include English teams Arsenal, Chelsea, Liverpool, Manchester City, Manchester United and Tottenham, indicated overnight that they will pursue plans to create a breakaway league. The founding clubs said they would hold discussions with governing bodies UEFA and FIFA ‘to work together in partnership’.

That appears optimistic, with UEFA and the national bodies from England, Spain and Italy issuing a joint stating they were united in their efforts to stop a project ‘founded on the self-interest of a few clubs at a time when society needs solidarity more than ever’.

Their statement added: ‘We will consider all measures available to us, at all levels, both judicial and sporting, in order to prevent this happening. Football is based on open competitions and sporting merit; it cannot be any other way.’

The football authorities are likely to have support in their efforts from the government. Prime minister Boris Johnson tweeted on Sunday evening that plans for a European Super League were ‘very damaging’ and that the government supported governing bodies in taking action.

All of which means this dispute is likely to end up in the courts, particularly if the government bodies follow through with their threat to ban any clubs from domestic or European competitions and denying any players taking part the opportunity to represent their national teams.

Quoted in iNews, Richard Cramer of Leeds-based Front Row Legal said litigation appears highly likely as UEFA does everything in its power to block this breakaway.

Cramer added: ‘It’s such a momentous act for these clubs to break away from Uefa and to do their own thing, you can’t think they will just do it on a wing and a prayer.

‘Certainly you’ve got to think that litigation is definitely inevitable. I think you can say the lawyers will be sharpening their pencils tonight.’

Stephen Taylor Heath, head of sports law and a partner with national firm JMW Solicitors, said that broadcasters will ultimately have a major say in how this end.

‘In essence this is football’s Brexit moment. From a legal perspective, their main issues will be around broadcasting rights and commercial opportunities,’ said Heath. ‘TV contracts will have certain conditions requiring participation of the top teams. That will be the dilemma for domestic leagues as to whether this was a ‘hard Brexit’ or ‘soft Brexit’ type scenario.’