Man jailed for general election abuse of his former lawyer

A criminal defence solicitor has described how a former client made death threats after he stood for parliament in this year’s general election.

Barrie Fairbairn, who practises in Leicester, had already been targeted for abuse by Dean Stafford after acting for him in 2011, but he pursued the issue with police after matters came to a head this year.

Fairbairn was out of the country when Stafford posted threats on social media and his local Labour Party website, after Fairbairn stood as a candidate for the Grantham and Stamford constituency. 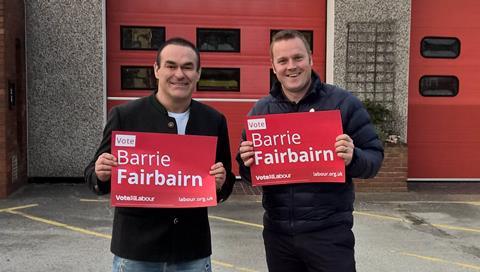 The Leicester Mercury reported today that Stafford, 52, has been jailed for 10 weeks but can be released on licence for 12 months after serving half his sentence.

Fairbairn, who admitted as a solicitor 26 years ago, said he contacted the police when Stafford created a false website mimicking his firm’s site.

But it was only when the abuse started affecting his friends and colleagues in the party that he took further action.

‘I am quite robust in relation to threats being made to me,’ he said. ‘It was absolutely intolerable, and people who hold themselves out in public service deserve to be protected from this. It came to a head when he threatened to send someone to my house when I was away and someone was staying there. I couldn’t put them at risk.’

The abuse ranged from accusations of dishonesty and sexual innuendoes, to direct threats and one message that Fairbairn could have his head chopped off.

Stafford reportedly apologised for allowing things to escalate but district judge Leon Pyle said he had intended to bring about reputational damage and to cause ‘substantial distress’.

Fairbairn said he was ‘relaxed’ about having a client express public anger at him, but he is conscious of the effect such abuse could have on someone less experienced. ‘If I was a younger solicitor I might actually be quite upset, I understand how wholly inappropriate it was,’ he said. ‘As a criminal lawyer, if someone is abusive to me after I’ve acted for them then I have pretty broad shoulders. If I didn’t have that tolerance the criminal system would grind to a halt.’