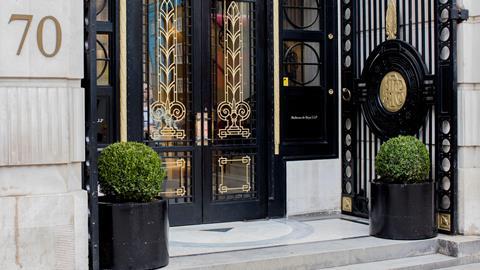 London firm Mishcon de Reya has been awarded an interim payment of nearly £1.9m after fighting off a £65m negligence claim over the collapse of a multi-million pound property development deal.

Aurium Real Estate London Ultra Prime Limited alleged Mishcon failed to advise it properly on its approach towards a tenant who was refusing to surrender a lease on the proposed site of a ‘high-end property development’ overlooking Hyde Park in central London.

The company incorporated Bayswater Road (Holdings) Limited (BRHL) in 2014 to buy properties on the site of what is now the £500m Park Modern development and secured financing to complete site assembly, secure possession and obtain planning permission with a view to selling the project on.

Aurium claimed Mishcon gave negligent advice in relation to a ‘hold out tenant’, Berkeley Credit & Guarantee Limited (BCG), which refused to give up possession. Its barrister Rupert Reed QC argued in March that Aurium agreed to sell its interest in the project to a Hong Kong-listed developer for £158m in 2017, before the sale collapsed after BCG issued proceedings for a declaration that a so-called ‘build around strategy’ would be a breach of its lease.

The company sued Mishcon for £48m plus interest – which the court heard that, at a rate of 8% since the deal collapsed, valued the claim at £65.8m.

However, Judge Jonathan Richards dismissed the claim last month, finding that Mishcon ‘owed contractual duties to BRHL, but not to Aurium’. He also ruled in favour of the firm on its counterclaim for just over £300,000 in unpaid fees.

Mishcon – which incurred costs of approximately £2.9m – today sought an interim payment on account of costs of £2m. Jamie Smith QC, for the firm, told the court that defending the claim involved the ‘identification and digestion of a vast amount of information’. ‘There were about 150,000 documents on our side that needed to be reviewed and there were 40-or-so thousand documents that were disclosed,’ he added.

The judge ordered an interim payment of £1,863,000 and refused an application for permission to appeal, but extended time for Aurium to apply directly to the Court of Appeal.